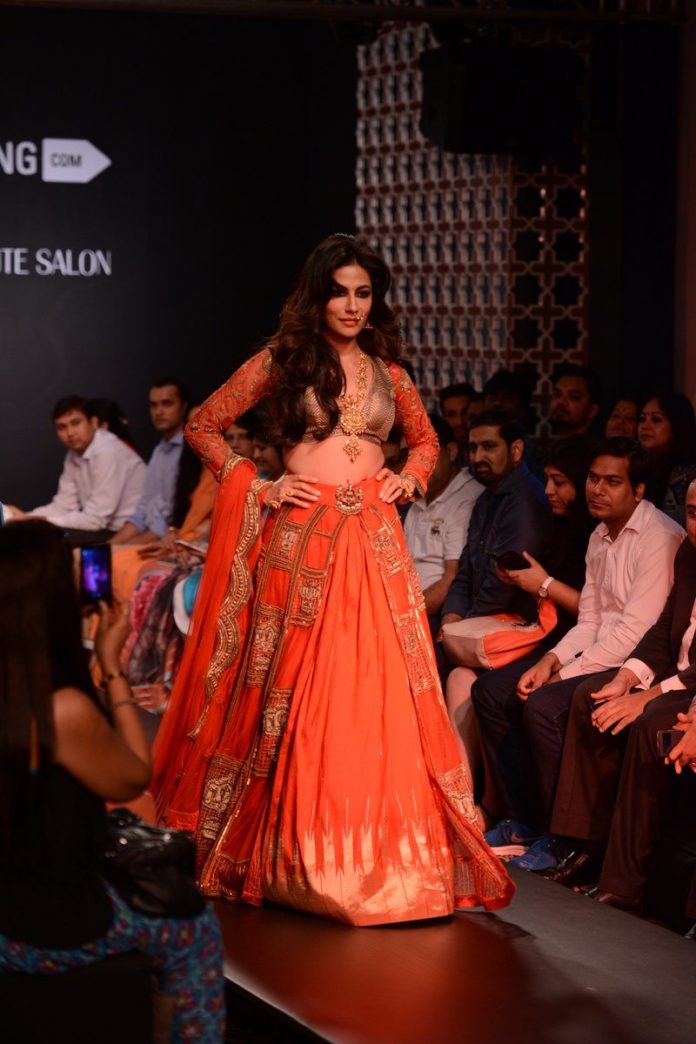 Bollywood actress Chitrangada Singh was at her sizzling Indian best when she turned showstopper for designer Harshita Chatterjee Deshpande at the Lakme Fashion Week Winter/Festive 2014 on August 21, 2014. The dusky beauty was clad in a red bridal lehenga, with traditional jewellery.

Harshita’s collection at the show found inspiration from temples of south India and the rule of the Chola dynasty, as well as the Peshwas in the city of Tanjore. The designer stated that her collection was all about the ‘Devdasis’ or female temple servitors from the eras mentioned.

The collection also had glimpses of the ancient looms of Kancheepuram, narrating the story of a woman, who is searching for herself. Comprising bold colors, such as burnt orange, shades of black, white and grey, blood red and deep purple, it also had elaborate zardosi work in antique gold and dark metal threads.