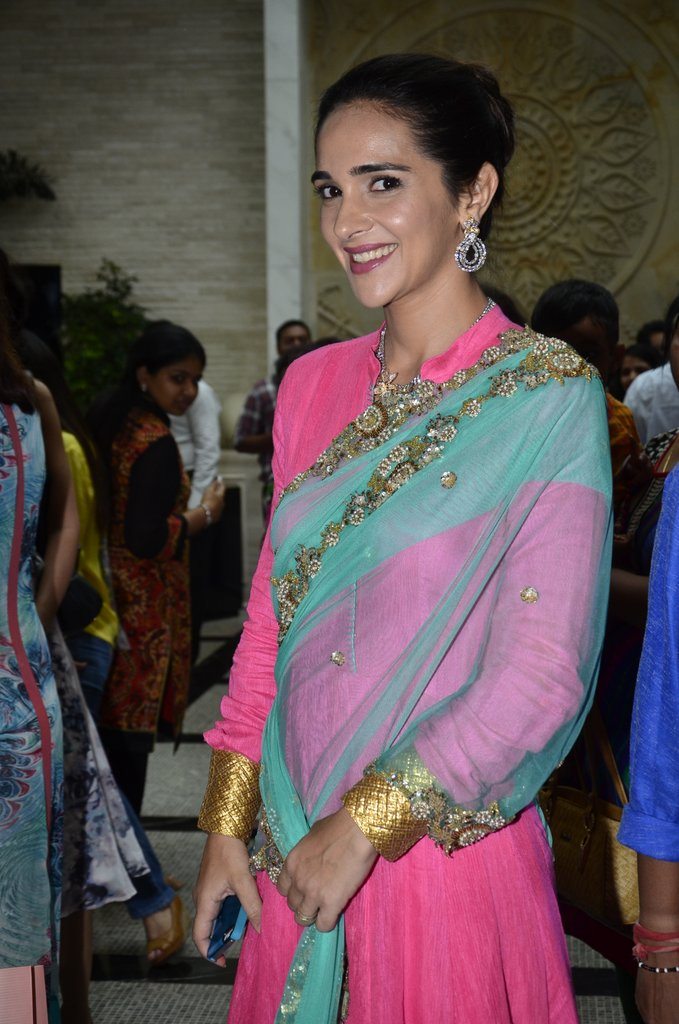 Seen at the Four Seasons was Tara Sharma at The Dressing Room, a pop-up show.

We got a glimpse of actress Tara Sharma at The Dressing Room, a pop-up show held at Four Seasons, displaying contemporary Indian bridal wear and jewelry, on August 20, 2014. Sharma looked charming in a pink lehenga and happily posed for the shutterbugs at the event.

Tara had made her debut in Bollywood with the movie ‘Om Jai Jagdish’ in which she played the character of Puja. Later the actress also appeared in some popular movies such as ‘Masti’, ‘Saaya’, ‘Bardaasht’ and ‘Page 3’.

She is married to ad movie producer Roopak Saluja and the couple have two sons, Zen and Kai. Post motherhood, the actress started her own show, The Tara Sharma show, in which she shares information about parenting and child care.