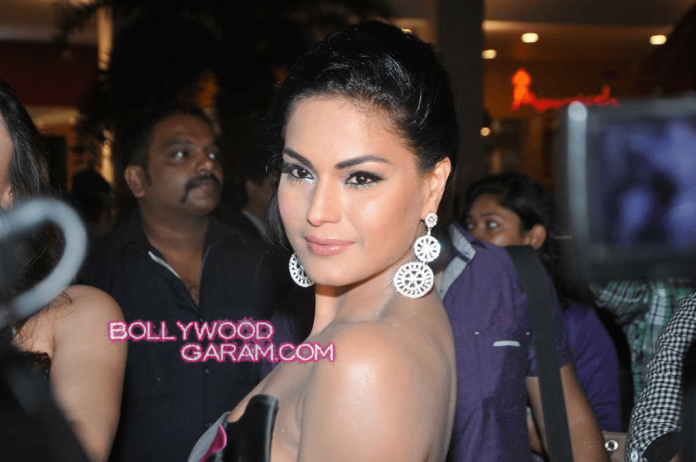 Bollywood Garam: After shocking several fans with her exclusive picture on FHM magazine, Pakistani actress Veena Malik has now denied the photos saying that she has never posed bare and the magazine has morphed the picture. Malik, on the December issue of the magazine, can be seen baring it all while she strategically covers her assets.

The actress is also seen with an ISI tattoo on her arm. The 33-year-old actress denied that she posed bare for the cover and that her legal team is now working on it.

When spoken to the FHM magazine editor Kabeer Sharma, he said that they have a video of the shoot and also have an email, that proves the authenticity of the picture. Malik, on the other hand, said that she has never done anything like that and would take legal action against the magazine.

The picture has now become a topic of discussion in Pakistan as well as in India and is all over the social networking sites. Veena is also ready to feature on the reality show ‘Swayamwar’ where she would be seen looking out for a life partner. Earlier, even south actress Kajal Agarwal posed topless for the magazine and then denied saying that it has been morphed.