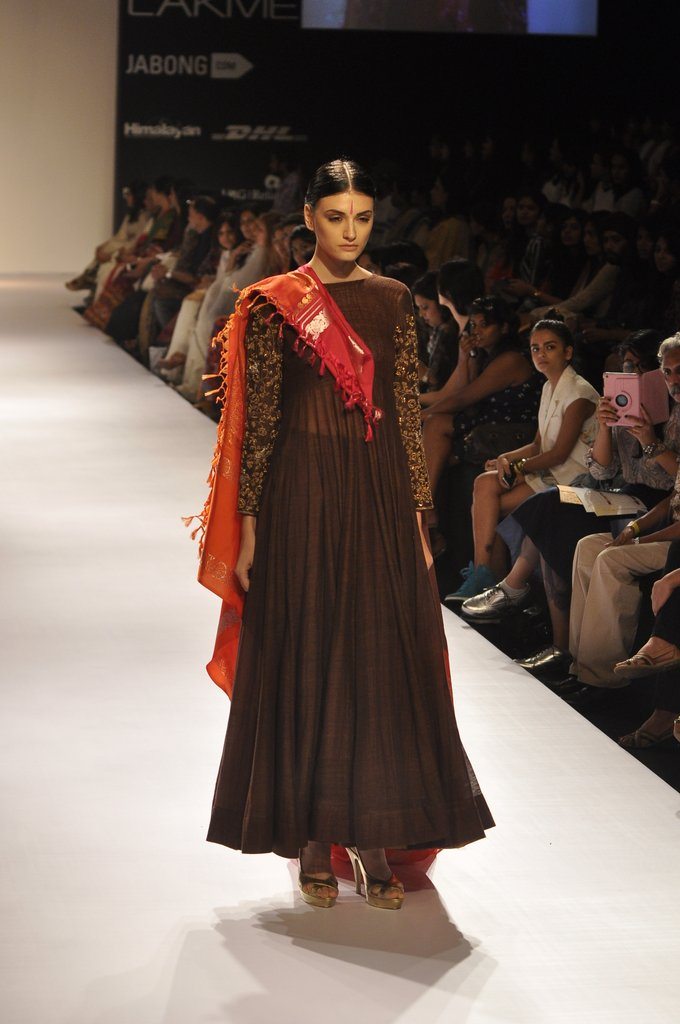 South actress Taapsee Pannu turned showstopper for designer Gaurang Shah on Day 4 of the ongoing Lakme Fashion Week Winter/Festive 2014. The actress sashayed down the ramp in a sari-like ensemble, the vibrant hues of yellow and orange, along with the intricate embroidery on the blouse sleeves, made for a complete Indian couture masterpiece.

Gaurang unveiled his latest ‘Chitr-Sena’ couture collection at the show, all the garment designs showcased on the runway bore heavy kanchipuram weaves.

In an earlier interview, Taapsee had said that she was more than happy to be the showstopper for Shah. The actress added, “I love Gaurang’s work and admire his weaves.”

The entire collection had a royal touch to it and included outfits for women as well as men. This was the first time the south starlet walked for the designer.