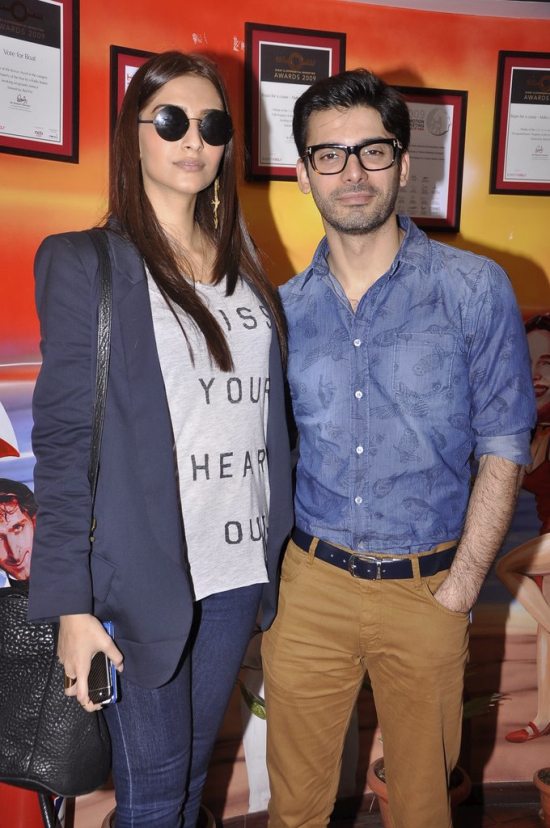 ‘Khoobsurat’ gears up for its September release, Sonam Kapoor and Fawad Khan promote at Red FM.

Mumbai’s popular radio station 93.5 Red FM’s studios were abuzz as Khoobsurat’s lead pair Sonam Kapoor and Fawad Khan promoted their upcoming Bollywood flick on August 25, 2014. The film is a remake of the 1980’s classic by the same name that featured veteran actors Rekha and Rakesh Roshan.

Sonam showed up in a pair of sporting blue denims, topped by a crisp blue blazer and a grey t-shirt underneath. Fawad looked dapper as usual in a blue shirt and brown pants, the Pakistani actor’s handsome looks are creating quite a buzz amongst tinsel town’s gossip circuits!

Style diva – Sonam – even broke into a little dance with RJ Malishka, as her co-star proved to be a sporty audience.

Fawad made his acting debut in the influential 2007 Pakistani film ‘Khuda Ke Liye’, where he played the lead role of a musician in Lahore who turns into an Islamic fanatic.