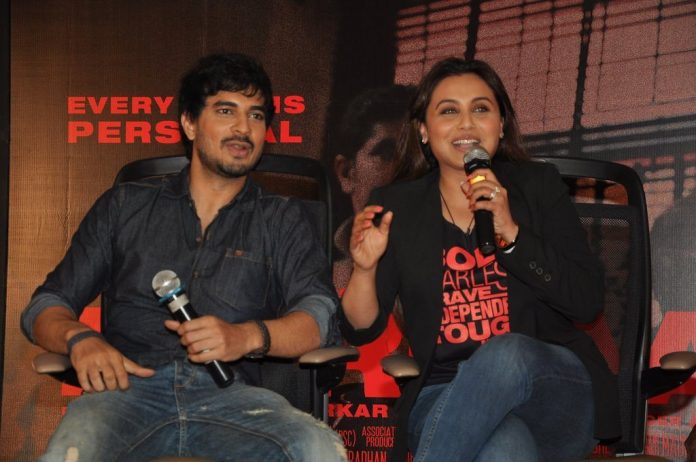 Bollywood’s queen Rani Mukherji attended the success meet of her movie ‘Mardaani’ that was held in Mumbai on August 26, 2014. Rani kept in simple yet stylish in a pair of classic denims, paired with a fitted blazer.

The event was also attended by Pradeep Sarkar. Mardaani has been exempted from entertainment tax in Uttar Pradesh and Madhya Pradesh.

The movie hit the theatres on August 22, 2014. In the movie, Rani plays the role of a cop who fights injustice against women. ‘Mardaani’ also features Jisshu Sengupta, Tahir Bhasin, Priyanka Sharma and Akhilesh Verma. The trailer was released on June 24, 2014.