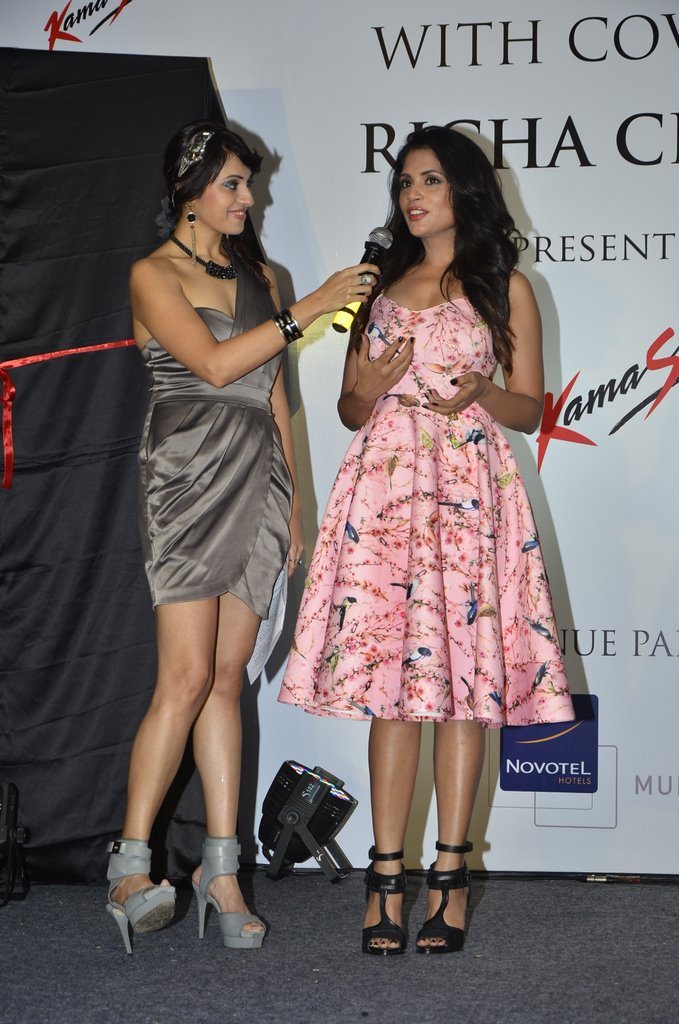 Bollywood actress Richa Chaddha launched the September issue of Maxim, featuring her on the cover, at an event in Mumbai on August 27, 2014. She appeared for the launch wearing a pink floral dress.

The actress was last seen in the movie ‘Ram Leela’ along with the lead stars Deepika Padukone and Ranveer Singh. Richa is currently preparing for the launch of her upcoming movie ‘Tamanchey’, which is due to hit the theaters on October 10, 2014.

‘Tamanchey’ is a twisted love story, based on the controversial lives of real-life couple Monica Bedi and underworld don Abu Salem and centers around the theme of violence, gangsters and crime.