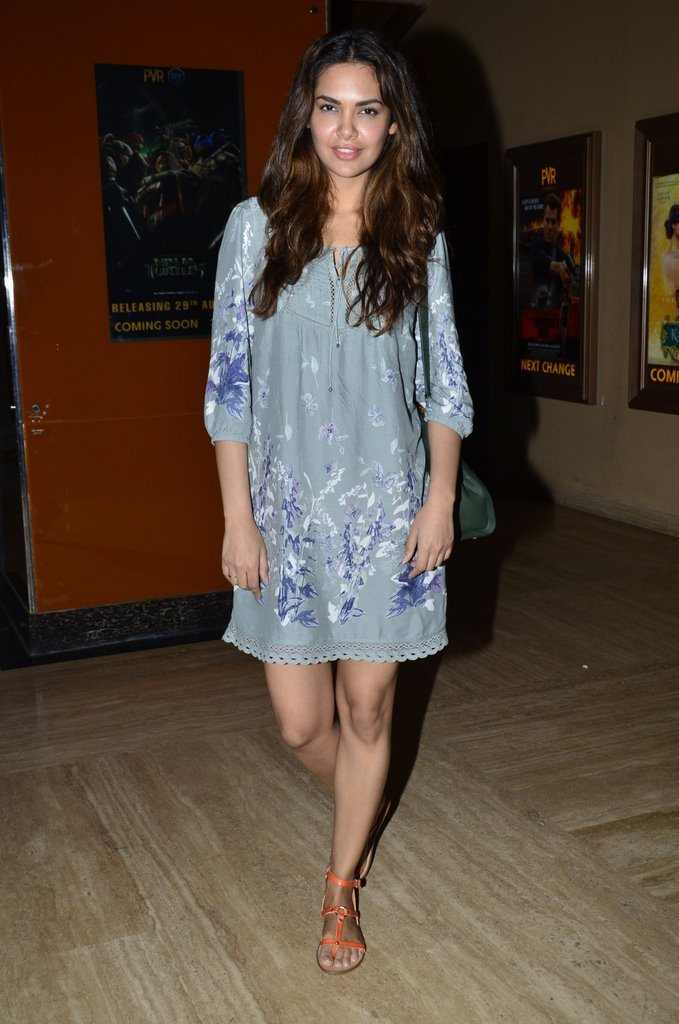 Shutterbugs caught up Bollywood’s leggy lass Esha Gupta at PVR Cinemas in Mumbai on August 27, 2014. The ‘Humshakals’ starlet sure has an innate sense of style, she looked cool and comfy in loosely fitted floral blue dress.

Gupta made her debut in Bollywood with the movie ‘Jannat 2’, followed by a minor role in Prakash Jha’s ‘Chakravyuh’ – wherein she played the role of a female police officer and wife of co-star Arjun Rampal.

Gupta was last seen in director Sajid Khan’s comedy flick ‘Humshakals’, which was severely criticised by audiences and critics alike. However, the film was a major money-spinner at the box office.