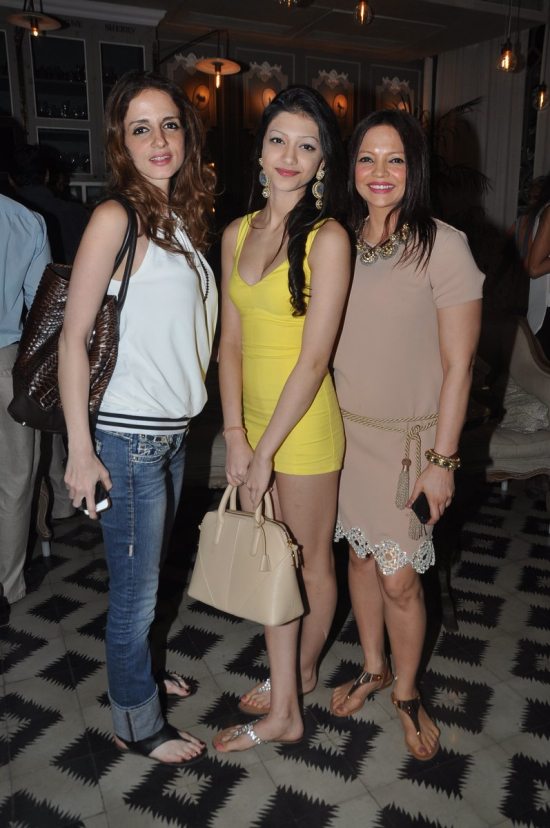 Bespoke Vintage Jewels is a Bangalore-based company that was founded in 2007 by Shweta Gupta and Nitesh Gupta. At the event, they showcased their new range of bridal jewellery which consisted of beautiful diamonds, polki and emeralds.

Sussanne Khan and Mehr Rampal were seen together at the event. Ever since Sussanne’s separation from Bollywood superstar Hrithik Roshan, there have been rumours that have been linking her to actor Arjun Rampal. While media reported that things between the star wives were not alright, they seemed to mingle just fine at the launch.