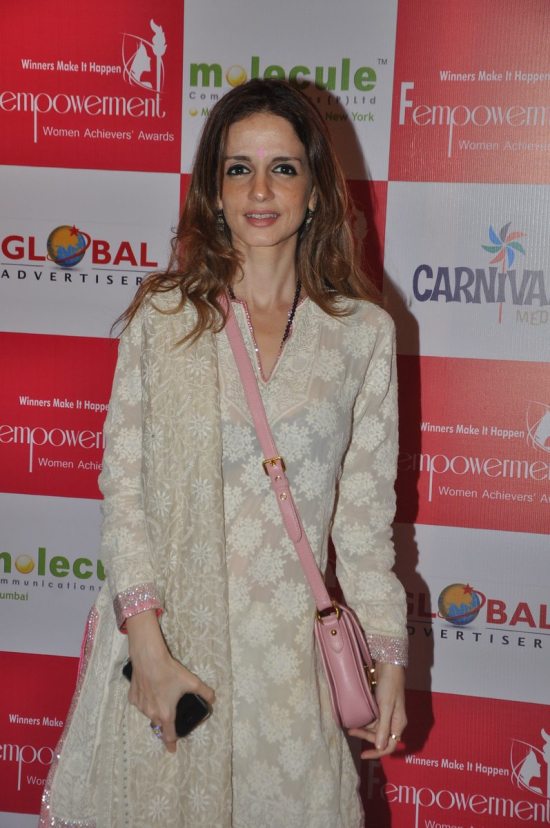 Sussanne Khan, superstar Hritik Roshan’s ex-wife, was seen at the Fempowerment Awards 2014, in Mumbai on August 28, 2014. Looking fabulous in a beige suit bordered with baby pink sequins, the mother of two wore a simple yet chic look, with just a touch of make up, sporting a matching sling.

The Fempowerment Women Achievers Awards is an initiative conceptualized to applaud women who have achieved success with strength, courage and fortitude.

Currently engaged in social events and pouring herself into her interior designing store, Sussanne was in the news late last year when she filed for divorce, ending her 17-year-old relationship with Hritik.

As an independent woman, who is  taking care of her two sons, Hrehaan (7) and Hridaan (5), her presence at the event was quite relevant and most fitting.