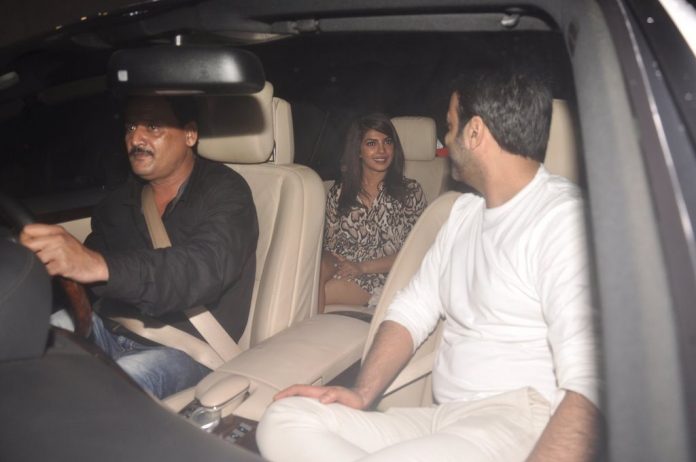 Makers of the movie Mary Kom hosted a special screening of the flick at Yashraj Studios (YRF) in Mumbai on August 31, 2014. The screening was attended by producer Sanjay Leela Bhansali along with his mother Leela Bhansali and sister Bela Sehgal.

The upcoming movie is a biopic flick on the life of ace Indian boxer Mary Kom, who is a five time world champion and has brought India stupendous feats at several sporting events.

The biopic aims to do justice to the real life of Mary Kom on reel. Priyanka will be seen playing the lead role – Mary Kom. The movie is all set to hit the theaters on September 5, 2014.