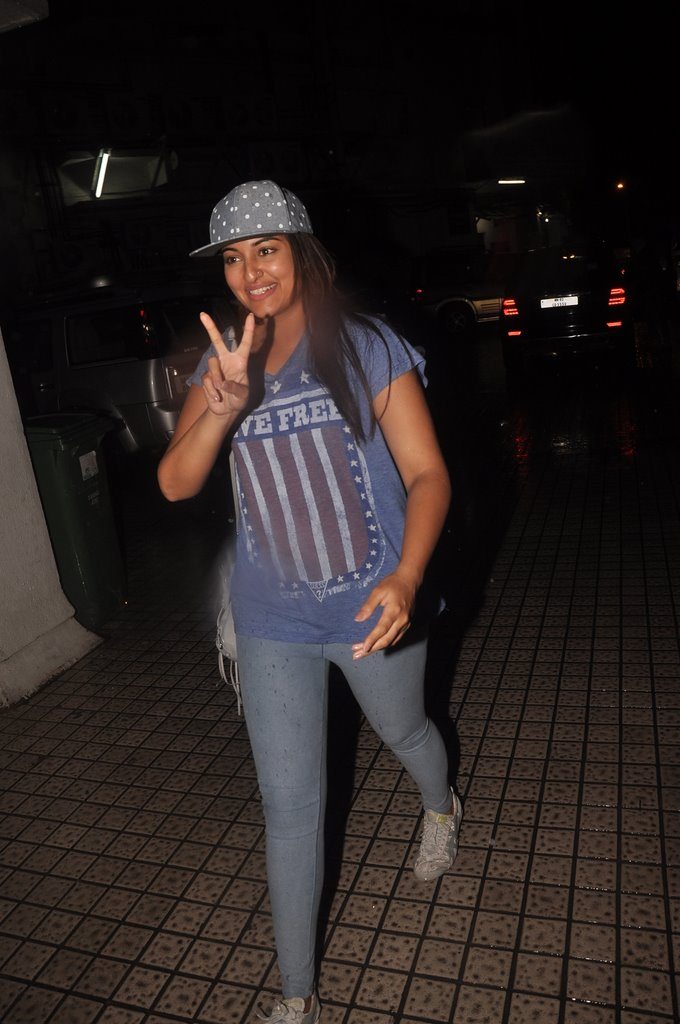 Look who we found enjoying a relaxed evening at PVR Cinemas: Sonakshi Sinha and Arjun Kapoor.

Bollywood Actors Sonakshi Sinha and Arjun Kapoor were seen chilling at PVR cinemas in Mumbai on August 31, 2014. Sonakshi was dressed casually in light blue denims and a blue t-shirt, sporting a polka dot cap, while Arjun sported a black V-neck and a smart pair of faded jeans.

Sonakshi and Arjun will soon be seen in the upcoming movie ‘Tevar’, which is directed by Amit Sharma and written by Gunasekhar. The movie also features Manoj Bajpayee in a supporting role, besides Kader Khan, Shruti Haasan and Himanshu Singh.

Arjun’s upcoming movie ‘Finding Fanny’, starring Deepika Padukone and Dimple Kapadia, is all set to hit the theaters this September.

‘Tevar’ is a remake of Gunasekhar’s 2003 telugu movie ‘Okkadu’, which stars Mahesh Babu and Bhoomika Chawla. It will be seen on the big screens in January 9, 2015.