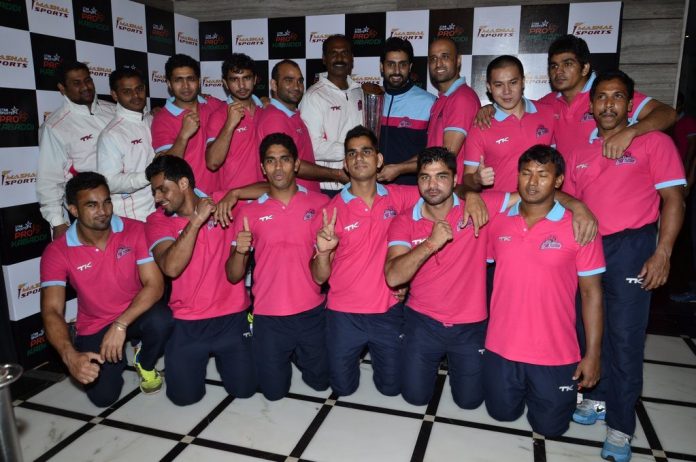 After their victory in the inaugural season of the Pro Kabaddi League, the Jaipur Pink Panthers celebrated their success at a bash thrown by Anand Mahindra, Chairman and Managing Director of Mahindra group, at Four Seasons in Mumbai on August 31, 2014. In attendance, was the team owner Abhishek Bachchan along with his entire team.

Jr. Bachchan and his team posed for the shutterbugs. The bash was also attended by RJ Archana, Mantra and Ronnie Screwvala. Abhishek was seen in a sporting track suit.

Till now, investment in sport by private entities was limited to cricket and the IPL. However, things are changing and the Pro Kabaddi league is testimony to the fact that sports, other than cricket, have a future in India. With the involvement of celebrities, it is also gaining popularity on television.