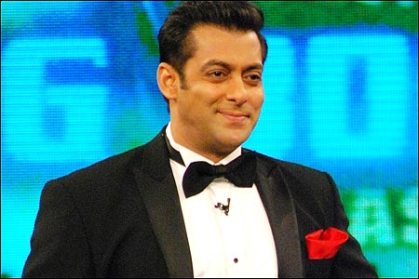 Bollywood actor Salman Khan has on December 27, 2011 turned 27 years old and has got the status of a super hero from a hero. Salman started off with roles of innocent lover boy in the movies like ‘Hum Aapke Hain Kaun’ and ‘Maine Pyaar Kiya’, and now has emerged as an actor with his own style.

The actor might have turned 46 but has now become the most eligible bachelor of the country. In the recent times the actor has gaining immense popularity with the movies like ‘Dabangg’, ‘Ready’, ‘Wanted’ and Bodyguard’.

And now Khan is all set to return to the silver screens with the much awaited movie ‘Ek Tha Tiger’. This will be the first movie with his ex flame Katrina Kaif.

His popularity is also cashed by some of the popular reality shows like, Bigg Boss, which he hosted last year and this year too the actor is hosting along with Sanjay Dutt. Salman is also considered as the only actor who can be compared to the great super star Rajinikanth. But now Salman is not considered as for the roles of a happy-go-lucky person. He now plays more intense and hardcore roles. The only thing that the nation is waiting for is the marriage of the actor.