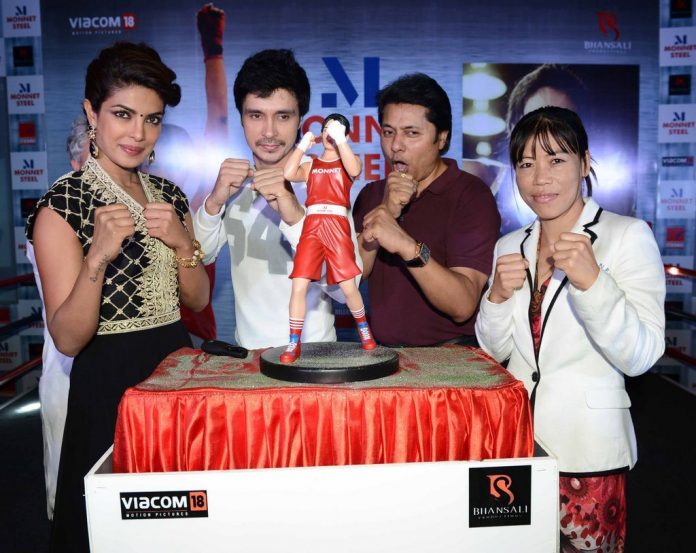 Bollywood actress Priyanka Chopra and Mary Kom arrived in Delhi, where both real-life and reel-life icons promoted the movie ‘Mary Kom’, on September 2, 2014. The two also launched a doll inspired by the Olympic boxer. The event was also attended by actor Darshan Kumar.

The ‘Barfi’ actress looked strikingly pretty in a black and gold Indian outfit, while Mary appeared in a casual outfit under a white blazer. Priyanka even shared her experiences while shooting the movie.

“Muscles are a very superficial thing. What they did for me, honestly, was being able to learn a sport. I’ve never learnt a sport in my life, that too a contact sport,” she said. The movie is all set to hit the theaters on September 5, 2014.