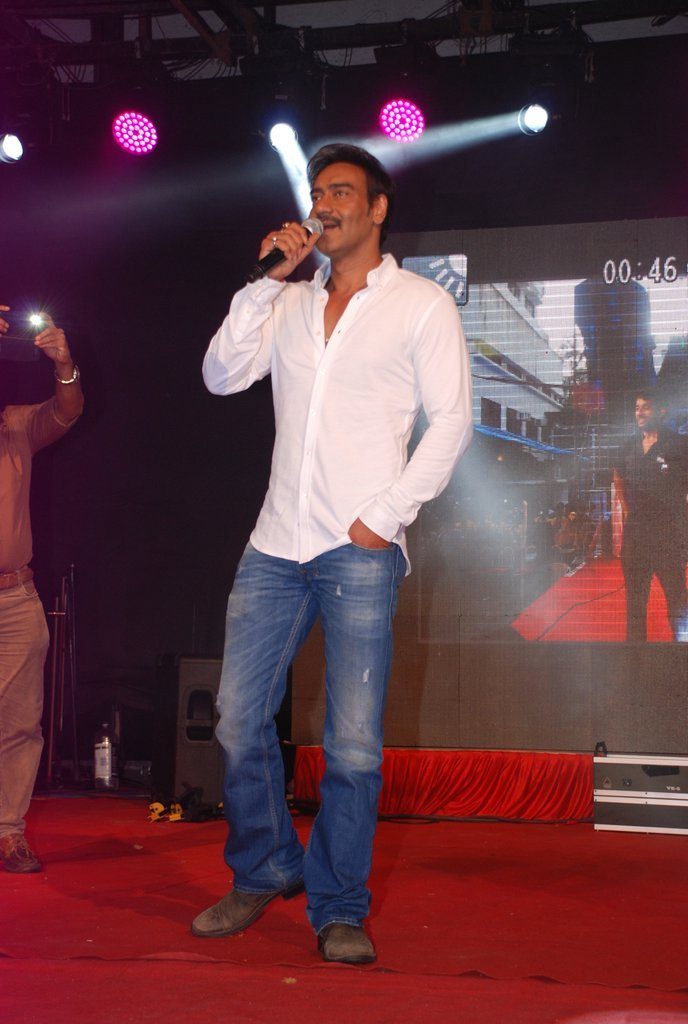 Makers of the movie ‘Action Jackson’ are all set to launch its trailer with Hrithik Roshan’s ‘Bang Bang’. Ajay Devgn’s movie is all set to hit the theaters on November 7, 2014. Earlier there were reports that the trailer will be released with Shahrukh Khan’s Happy New Year.

Releasing the trailer three weeks prior to the release of the movie was a risk, so releasing the first promo with ‘Happy New Year’ was out of question. The Hrithik Roshan and Katrina Kaif starrer ‘Bang Bang’ is all set to release on October 2, 2014.

Choreographer-turned-filmmaker Prabhu Deva has directed the movie. Earlier there were reports that the movie is a Hindi remake of the Mahesh Babu’s Telugu movie ‘Dookudu’, but Ajay had demanded to have a fresh script for the movie. This will be the first time Ajay Devgn will be working with Prabhu Deva and the movie will feature some hardcore action scenes.