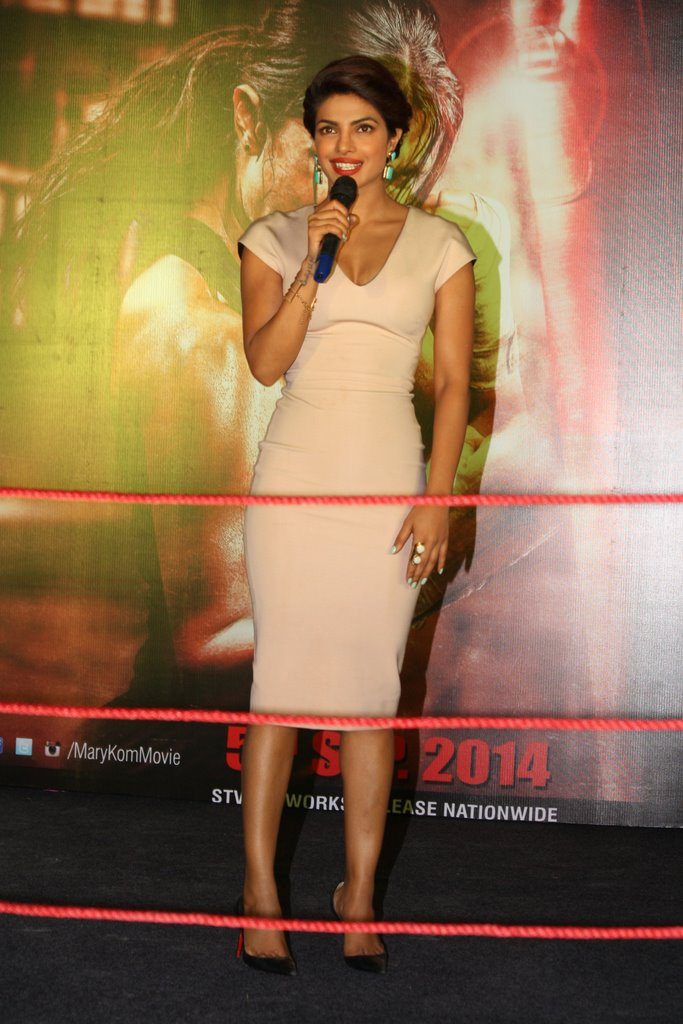 The venue of the promotion was converted into a boxing ring. In ‘Mary Kom’ Priyanka will be seen playing the lead role of the world boxing champion MC Mary Kom. The movie is directed by Omung Kumar and is produced by Viacom18 Motion Pictures and Sanjay Leela Bhansali.