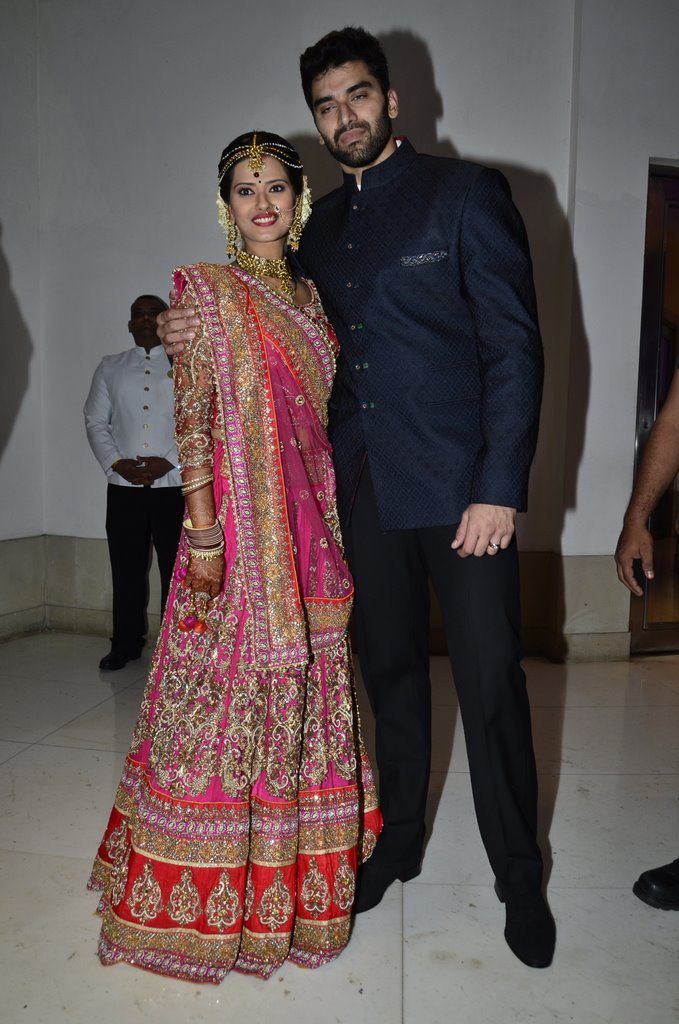 ‘Chennai Express’ actor Nikitin Dheer got married to ‘Jhansi Ki Rani’ actress Kratika Sengar at a grand ceremony that was held at the ITC Grand Maratha in Mumbai on September 3, 2014. The wedding ceremony was attended by several Bollywood and TV celebrities.

The newly weds looked great together as they posed for the shutterbugs.

For her big day, Kratika was seen wearing a heavily embroidered pink lehenga which was accessorised with heavy jewellery, while Nikitin wore a formal black bandhgala.

Nikitin is known for his role of Thangaballi that he played in the Bollywood blockbuster movie ‘Chennai Express’ opposite Shah Rukh Khan and Deepika Padukone. The actor is currently working on an upcoming project ‘Gabbar’, which is due to hit the theaters on January 23, 2015.

Kratika shot to fame when she played the lead role in the TV series ‘Jhansi Ki Rani’. The actress is also known for playing the role of Aarti in ‘Punar Vivah’.