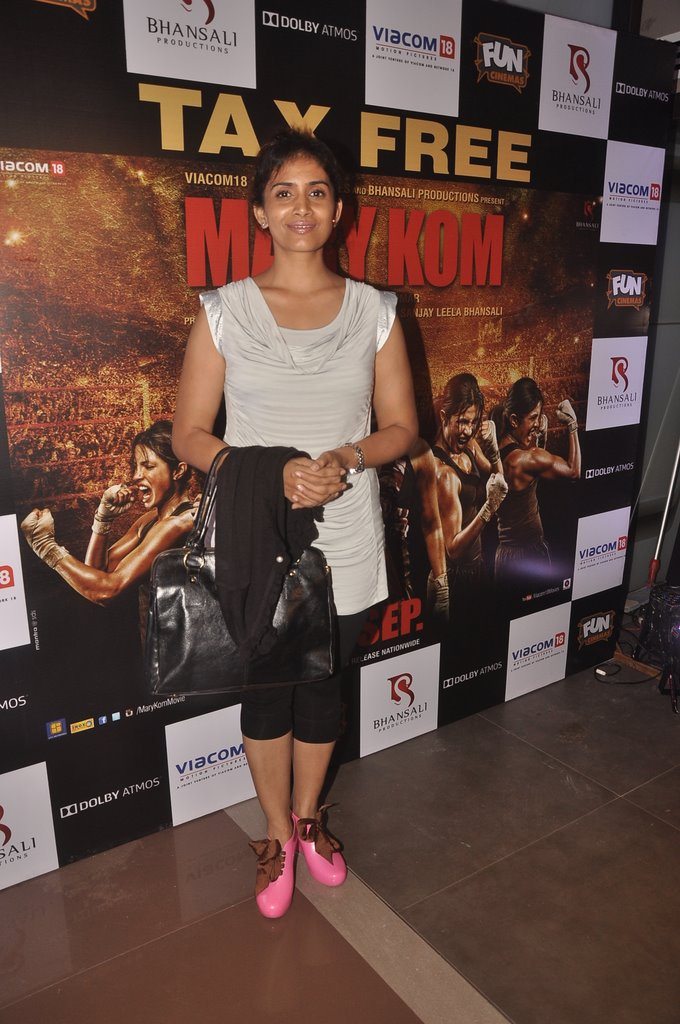 Celebrities from Bollywood attended the special screening of ‘Mary Kom’ at Fun Cinemas in Mumbai on September 4, 2014. The movie is releasing all over the country on September 5, 2014.

The movie is directed by Omung Kumar and is produced by Sanjay Leela Bhansali. Apart from Priyanka, the movie also features Sunil Thapa and Darshan Kumar. While preparing for the role of Mary Kom, Priyanka Chopra worked hard on getting her body in shape along with carrying out some of her own research to understand the character better.