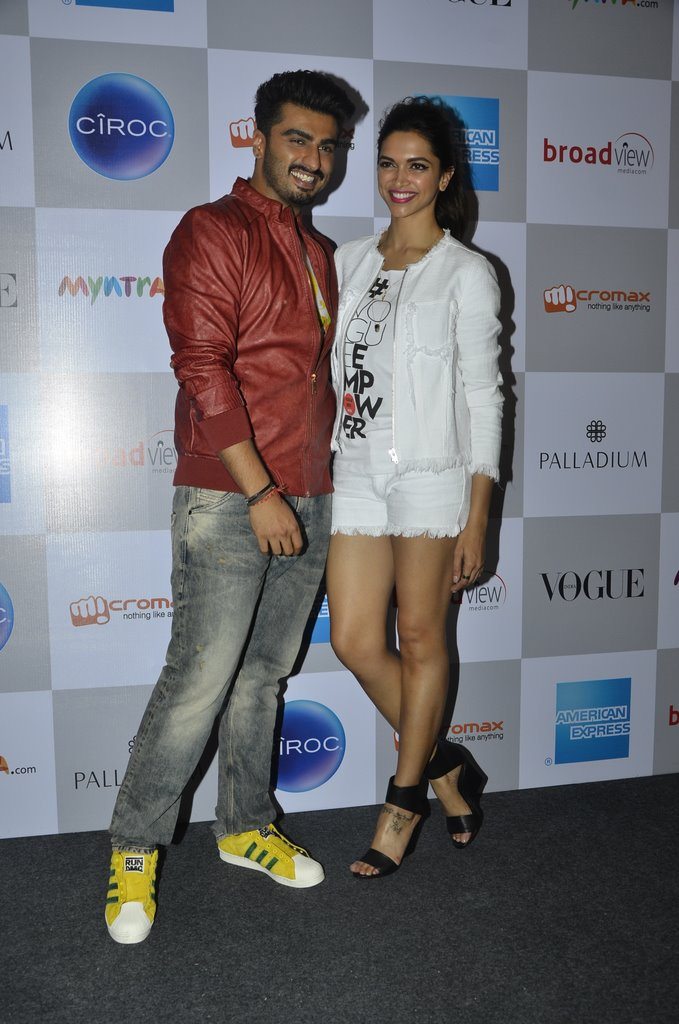 Bollywood’s latest hot on-screen couple Deepika Padukone and Arjun Kapoor attended the event to promote their upcoming movie ‘Finding Fanny’, which is all set to hit the theaters on September 12, 2014.

Arjun and Deepika also wowed onlookers by shaking a leg on their film’s latest track – ‘Shake Your Bootiya’.

Deepika looked her trendy self in a pair uber hot white shorts paired with a matching blazer. Arjun sported a casual look in denims and a jacket.

The Vogue Pop Up store had delightful offers as designer pieces were available for dirt cheap prices. The store featured collections by some of the most popular Indian designers including Tarun Tahiliani, Sabyasachi and Manish Arora.

Also present at the Vogue fashion gala was ‘Khoobsurat’ star Sonam Kapoor – who was also on the cover page of the September issue.

The movie is all set to hit the theaters on September 19, 2014 and is directed by Shashank Ghosh and produced by Rhea Kapoor.