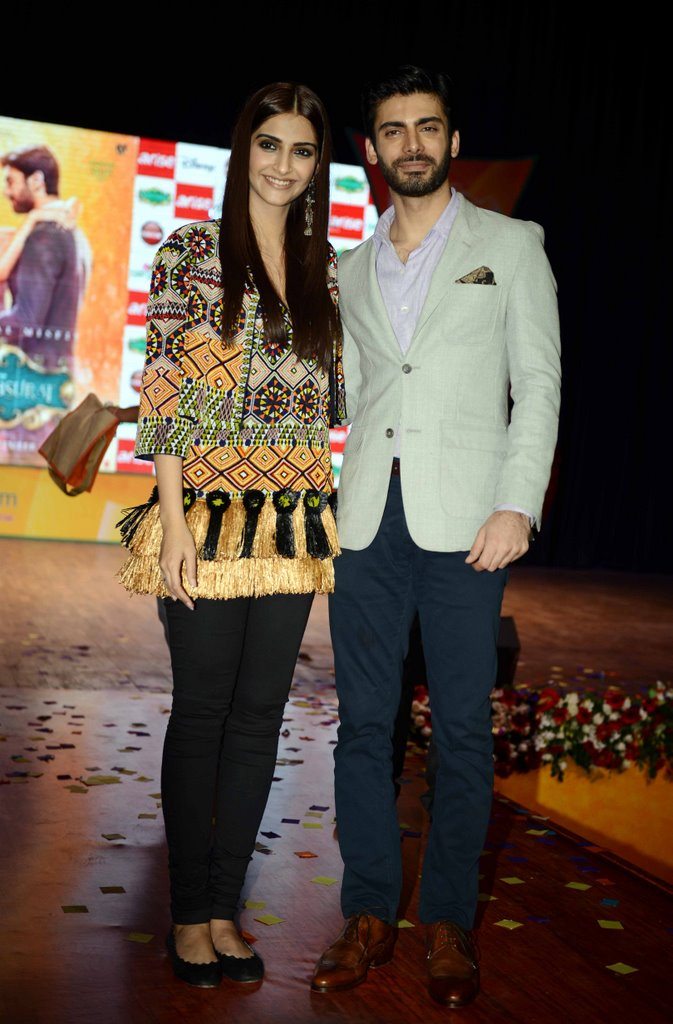 Bollywood actors Sonam Kapoor and Fawad Khan attend the event ‘Sangam’ – which is a corporate social responsibility initiative by Arise India Ltd, that aims to safeguard the future of the girl child in Delhi on September 4, 2014. The two actors will soon be seen in the upcoming movie ‘Khoobsurat’.

At the event, Fawad said that women play an important role in a man’s success so it is important to give her due credit. Sonam and Fawad at the event launched the mascot of Sangam. The Pakistani actor said, “Women not only play a professional role wonderfully well, but I think she is the creator of everything that happens in men’s life too.”