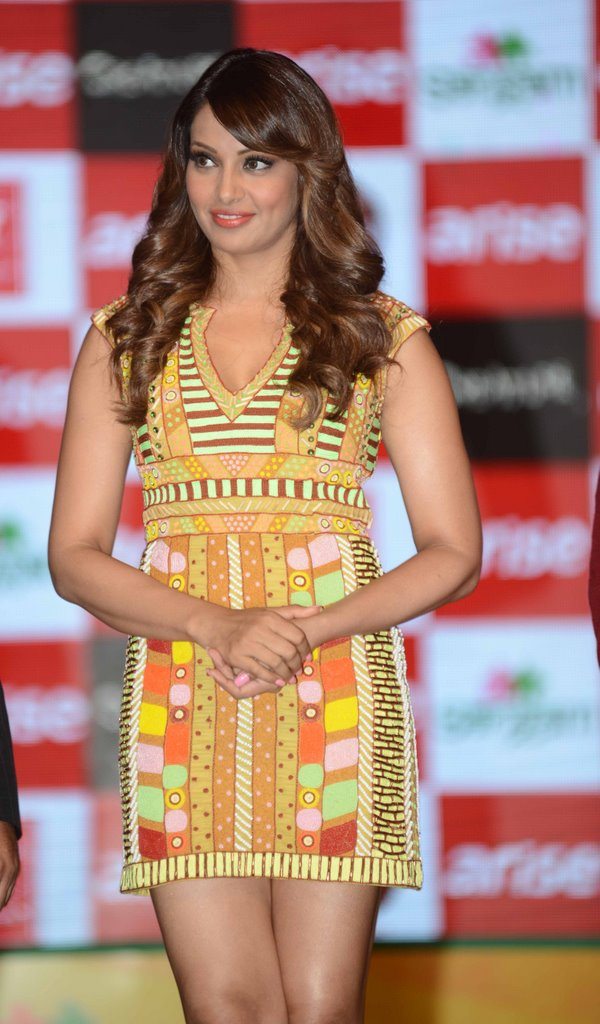 Bollywood actress Bipasha Basu looked stunning at the promotions of ‘Creature 3D’ in Delhi on September 4, 2014. She was a part of the Sangam event, which is a corporate social responsibility initiative by Arise India that aims at child welfare and development.

Bipasha reeked of glamor in a multicolored dress created by Pia Pauro. ‘Creature 3D’ is a 3D monster thriller flick directed by Vikram Bhatt and is produced by Bhushan Kumar and Krishan Kumar.

The movie also stars Imran Abbas Naqvi and Mukul Dev in supporting roles. It is all set to hit the theaters on September 12, 2014.