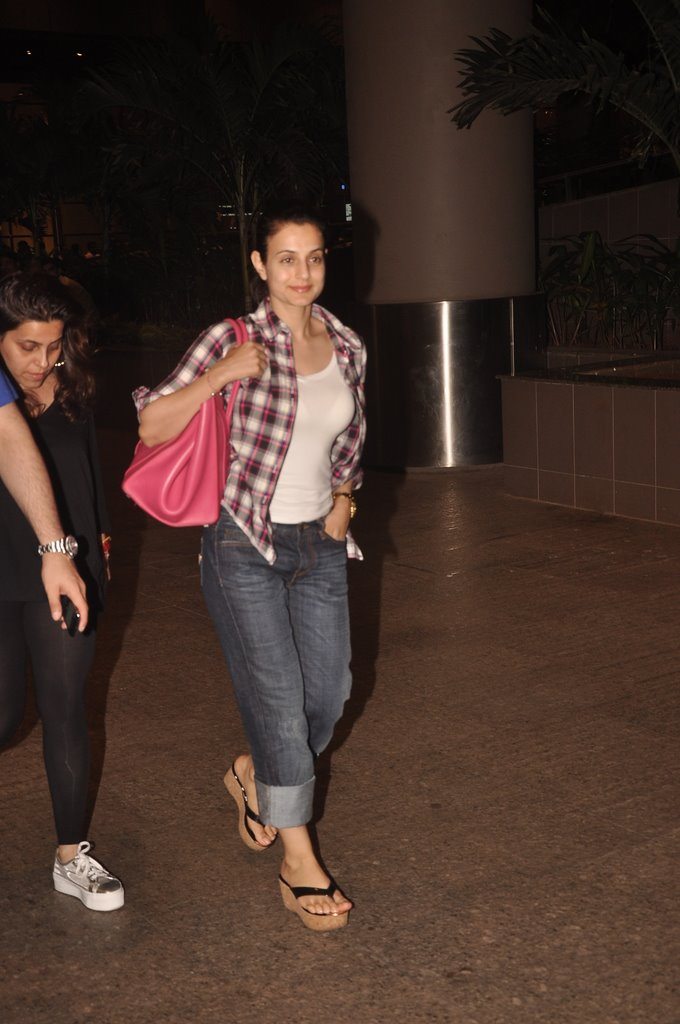 Bollywood actress Ameesha Patel was seen at the Mumbai airport as she returned from Bangkok on September 5, 2014. The actress was dressed for comfort in a pair of jeans, tank top and a check shirt.

Ameesha has been previously appreciated for her performance in ‘Gadar: Ek Prem Katha’ released in 2001 opposite Sunny Deol. She also received the Filmfare ‘Special Performance Award’ for her role in the movie.