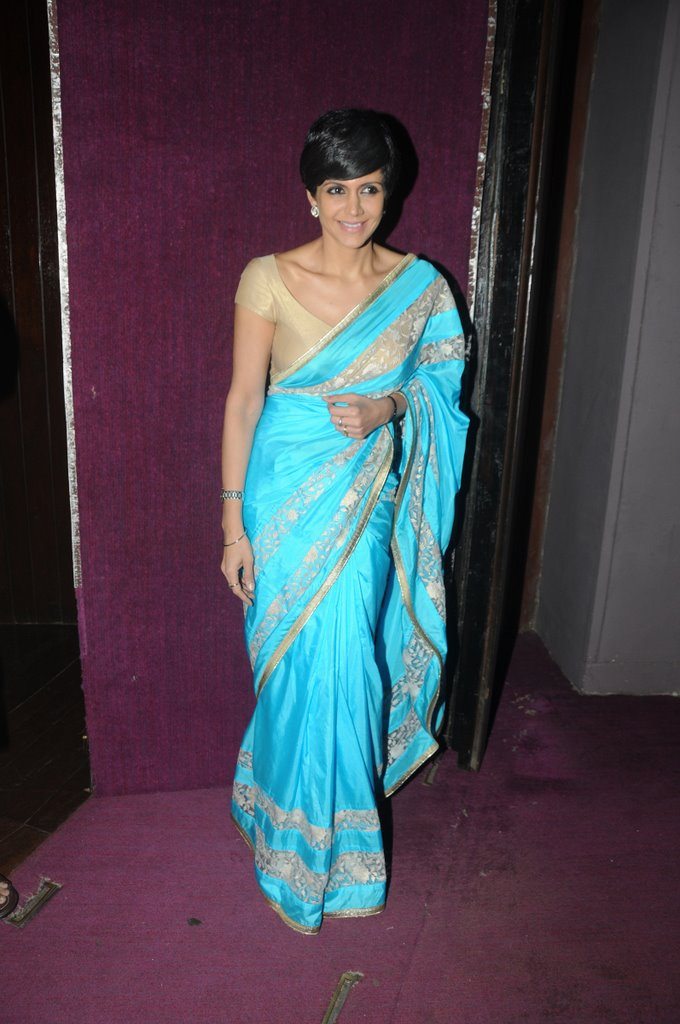 Actress and anchor Mandira Bedi narrated the play ‘Three Women’ at the NCPA in Mumbai on September 5, 2014. ‘Three Women’ is a modern day play which is based on the lives of three Rabindranath Tagore’s women, then and now.

Mandira wore a pretty blue sari with a golden blouse for the event. Known most for her lead role in Doordarshan’s ‘Shanti’, India’s first daily TV series, Mandira has been actively involved in theater and has acted in two plays — Laughing Wild (95 shows) and Anything But Love (150 shows).

Bedi got married to Raj Kaushal on February 14, 1999.The couple are parents son Vir.