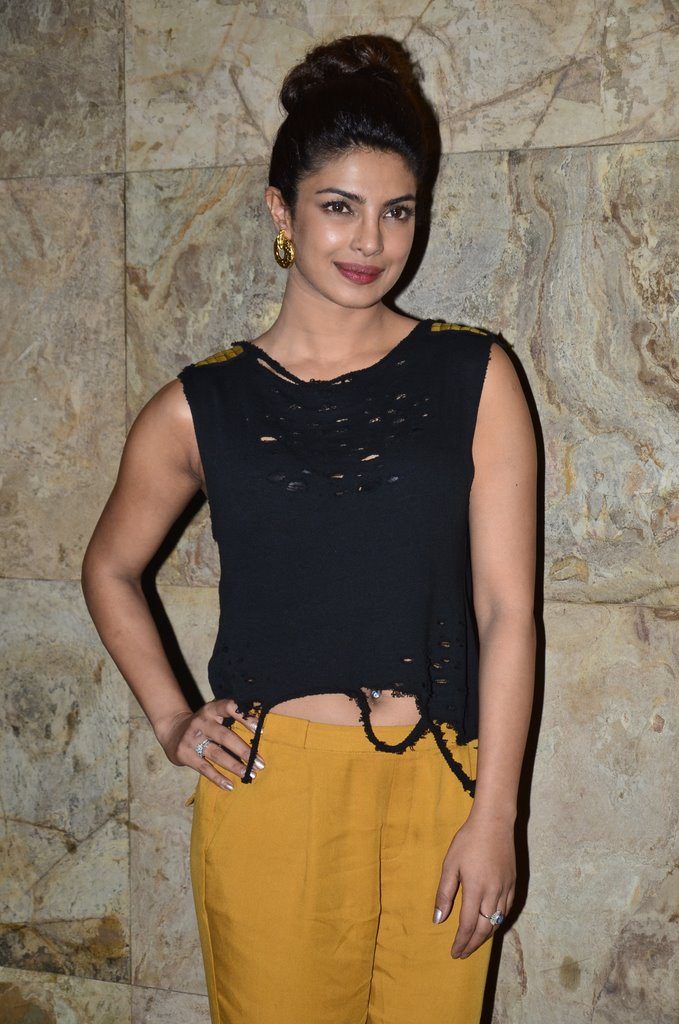 Priyanka watched ‘Mary Kom’ special screening with producer and director of the film.

After a long and tiring barrage of screenings and promotions at events, Bollywood actress Priyanka Chopra attended ‘Mary Kom’ special screening,. The ‘Barfi’ actress seemed to be in a casual and relaxed mood at the screening held at Lightbox theatre in Mumbai on September 10, 2014.

Priyanka was seen in a shredded black top with mustard pants from Zara, paired with gold earrings. The special screening also saw Riteish Sidhwani. Priyanka plays the lead role of boxer in her film ‘Mary Kom’, which released on September 5, 2014.

The movie is being appreciated by the audience as well as the critics and is also scoring good at the box office.