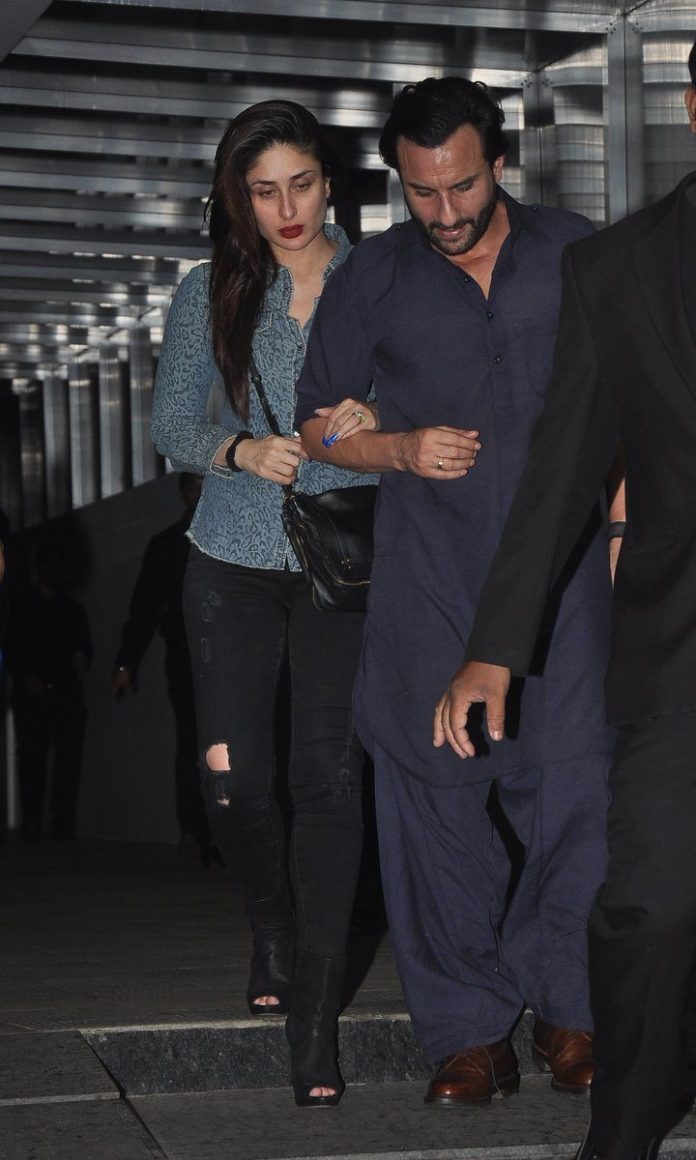 The ‘nawabi’ couple Saif Ali Khan and Kareena Kapoor were seen in Bandra.

Hot Bollywood couple Saif Ali Khan  and Kareena Kapoor and were seen in Bandra, Mumbai on September 11, 2014. Saif and Kareena were seen dining at Hakkasan restaurant.

Kareena was seen wearing a shirt and black torn skinnies, while Saif wore a navy blue kurta and pyjama. The ‘Jab We Met’ actress was last seen in the movie ‘Singham Returns’ in which she was seen in the role of Avni, the love interest of lead actor Ajay Devgn.

The actress will soon begin shooting for her upcoming movie ‘Bajrangi Bhaijaan’ opposite Salman Khan from October 2014.