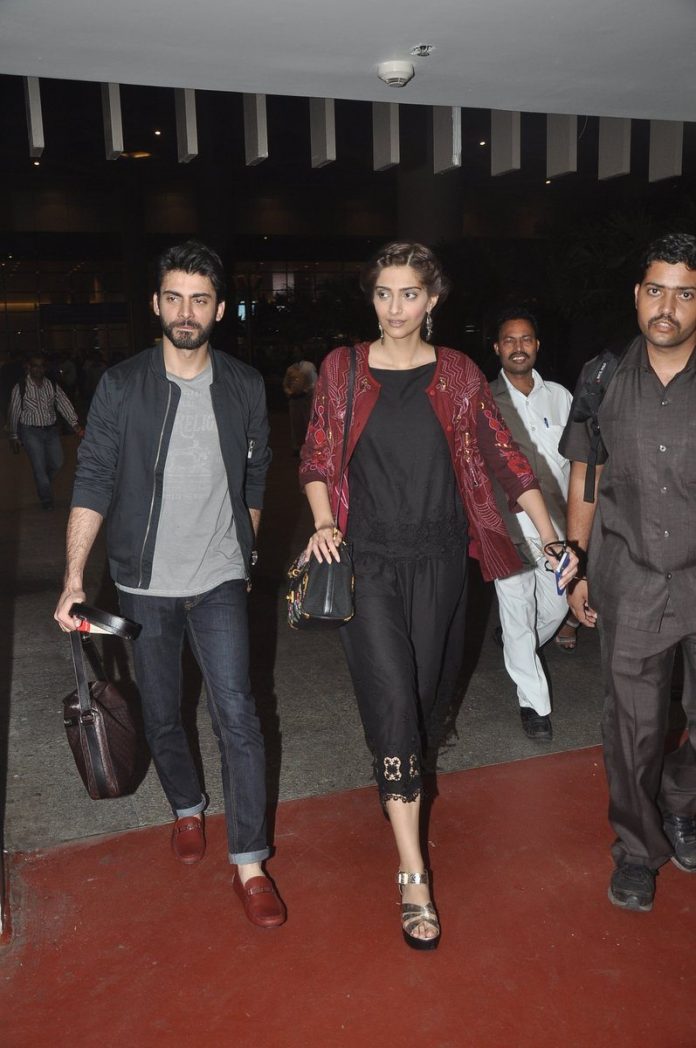 Bollywood actors Sonam Kapoor and Fawad Khan are busy promoting their upcoming movie ‘Khoobsurat’. The lead actors of the movie were photographed at the Mumbai Domestic Airport as they returned from Ahmedabad after a promotional event.

The two actors looked tired owing to the hectic promotion schedule they are following for the movie that is hitting the theaters on September 19, 2014. Fawad will be making his Bollywood debut with ‘Khoobsurat’ which also stars Kirron Kher, Prosenjit Chatterjee, Ratna Pathak and Aamir Raza Hussain.

The romantic comedy flick is directed by Shashank Ghosh and produced by Rhea Kapoor, Anil Kapoor and Siddharth Roy Kapur. The song from the movie ‘Engine Ki Seeti’ has already become popular among the audience.