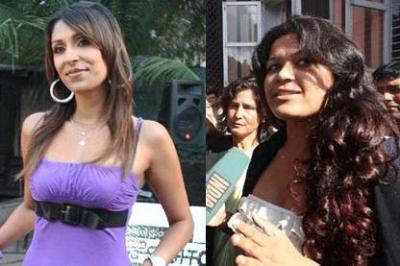 As the game of the Bigg Boss 5 begins, the nominations for the elimination have already begun. For the first week of Bigg Boss 5, murder convict Charles Sobharaj’s wife Nihita Biswas and model Pooja Misra have been nominated.

For this week, actor Shakti Kapoor was made the captain of the house. As a privilege of the captain, he was asked to nominate four names for eliminations. Kapoor had then taken the name of Pooja Misra, Nihita Biswas, Laxmi Narayan and Gulabo Sapera.

After the nomination process begun, all the other housemates except Shraddha Shrama had voted against Pooja. The reason behind her nomination was may be due to her tantrums which she had shown for the air conditioners and had also shown her negative side from day one.

In the case of Nihita, she started defending her 69-year-old husband from the very next day which has in a way gone against her. Moreover, Nihita had also an argument with Pooja Bedi and said that if she was here because of her husband then she was here because of her father. After the nominations were announced, Gulabo had broken down in to tears and felt that she would not be able to survive for long in the house. This is just the beginning and the house has a lot more in store for the viewers.