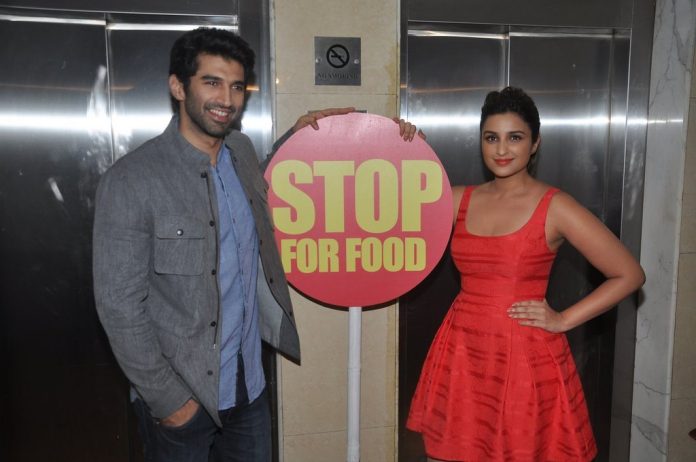 Lead actors of the Bollywood movie ‘Daawat-e-Ishq’ are all set to hit the road on a trip to promote the movie. Parineeti Chopra and Aditya Roy Kapur will be stopping by at various food spots to taste various delicacies.

The actors will be traveling all the way to Chandigarh and will sample various delicacies on their way. This time Parineeti will also be visiting her native Ambala where she was born and brought up. When Chopra’s parents came to know that they were coming to Chandigarh, they insisted on a visit to Ambala.

Since the time Parineeti became an actor she has not had an opportunity to go home. So this time the ‘Ishaqzaade’ actress is excited to tread on native grounds. Parineeti’s parents too are excited to have her daughter back home after a long time. The actress said, ”My mom is planning to cook some great food for Aditya and for the entire team.”

Aditya and Parineeti are busy with the promotions of the upcoming movie ‘Daawat-e-Ishq’ which will release on September 19, 2014. The movie also stars Anupam Kher and Jaran Wahi in supporting roles.