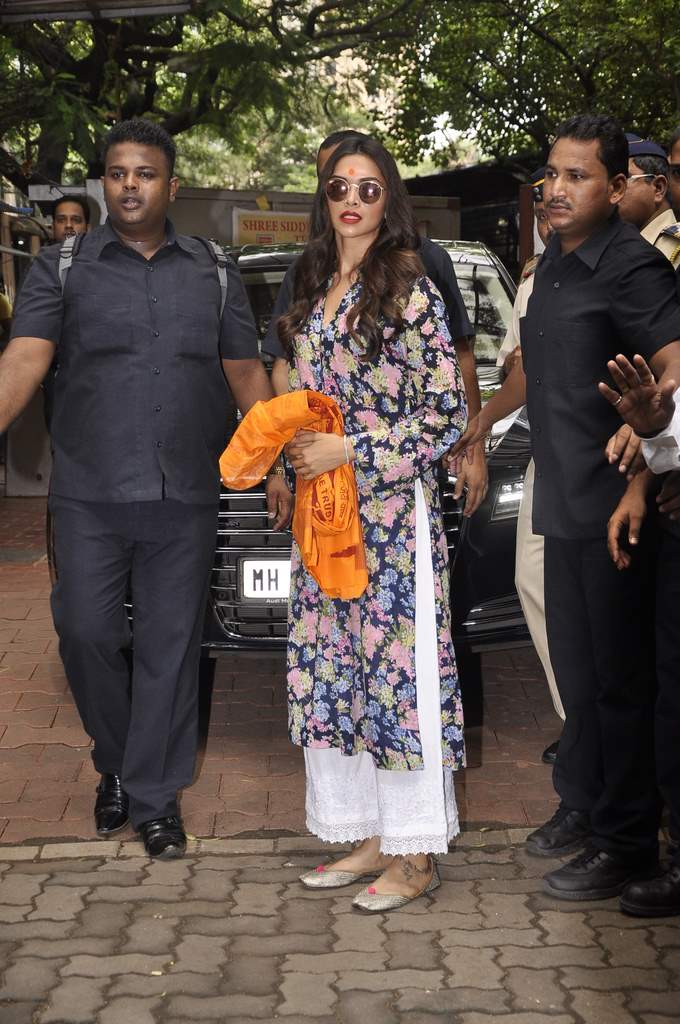 Bollywood actress Deepika Padukone is on cloud nine after the successful release of her movie ‘Finding Fanny’, considering the mini spate of controversies that it went through! The ‘Cocktail’ actress visited Mumbai city’s famous Siddhivinayak Temple on September 12, 2014.

Dressed in a somber white and floral outfit, the 28-year-old was seen paying obeisance at the lords feet.