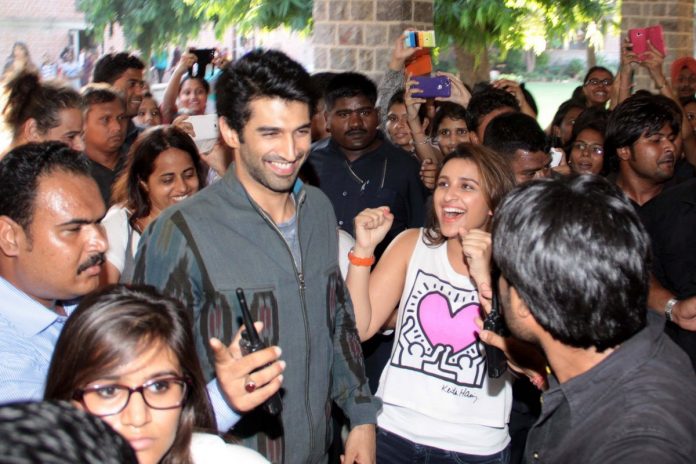 Bollywood actors Aditya Roy Kapur and Parineeti Chopra promoted their upcoming movie ‘Daawat-e-Ishq’ in Delhi on September 15, 2014. The movie is all set to hit the theaters on September 19, 2014, which means that the stars will be on a whirlwind tour this week.

Parineeti looked chic and casual, while Aditya rocked the trendy jacket look. Parineeti said that she is happy to be a part of a food-themed movie as she herself is a foodie. The ‘Ishaqzaade’ actress added, “I think whatever roles I have done till date in my four films, I have experimented, tried to add a shock value and given them new things.”

Parineeti in the movie will be seen playing the role of Gulrez, who is a shoe sales girl, while Aditya will be playing Tariq who is a glib-talking cook.