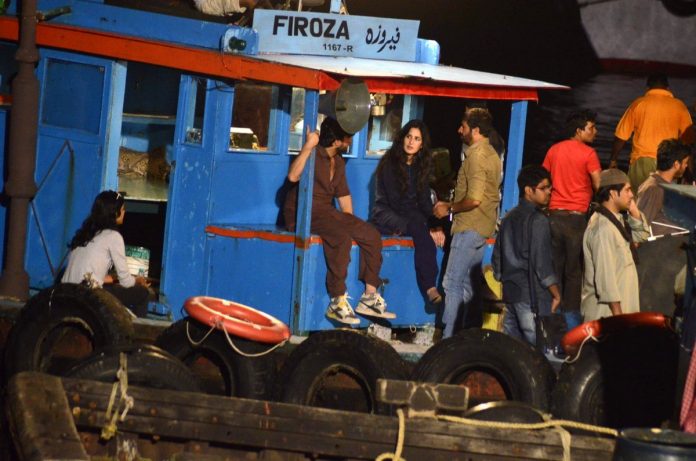 Bollywood stars Katrina Kaif and Saif Ali Khan were seen on the sets of their upcoming movie ‘Phantom’ in Mumbai on September 16, 2014. The movie is directed by Kabir Khan. The entire crew of the film was shooting at the Gateway of India.

The movie is based on the infamous 26/11 blasts in 2008 in Mumbai. Katrina and Saif were seen shooting on a boat named ‘Firoza’, sporting a rugged and tired look.

The upcoming movie is produced by Sajid Nadiadwala and is expected to hit the theaters on April 3, 2014. Katrina and Saif will be seen playing the role of secret agents.