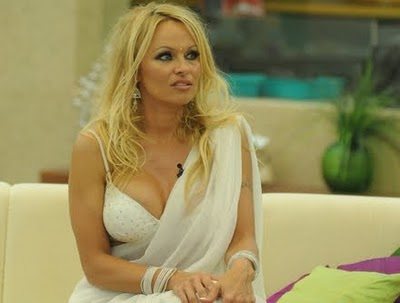 There are loads of speculations as to what will Pamela sport in the Bigg Boss house, whether will it be a bikini or will she be seen sporting a sari (a traditional Indian attire). She entered the reality show that is aired on Colors channel and looked gorgeous in an Indian Saree.

According to the sources, fashion designer, Rebello has been appointed by the channel to design a sari for the Baywatch actress.

Rebello too has confirmed the news. He said, “They contacted me just sometime back and told me that this is something they wanted urgently. However I told them that I don’t have her measurements and they sent these to me on Monday evening. I have finalised the design.”

The designer has not disclosed much about his designs as it is going to be a surprise that will be revealed only when the audiences will see the actress wearing it onscreen.