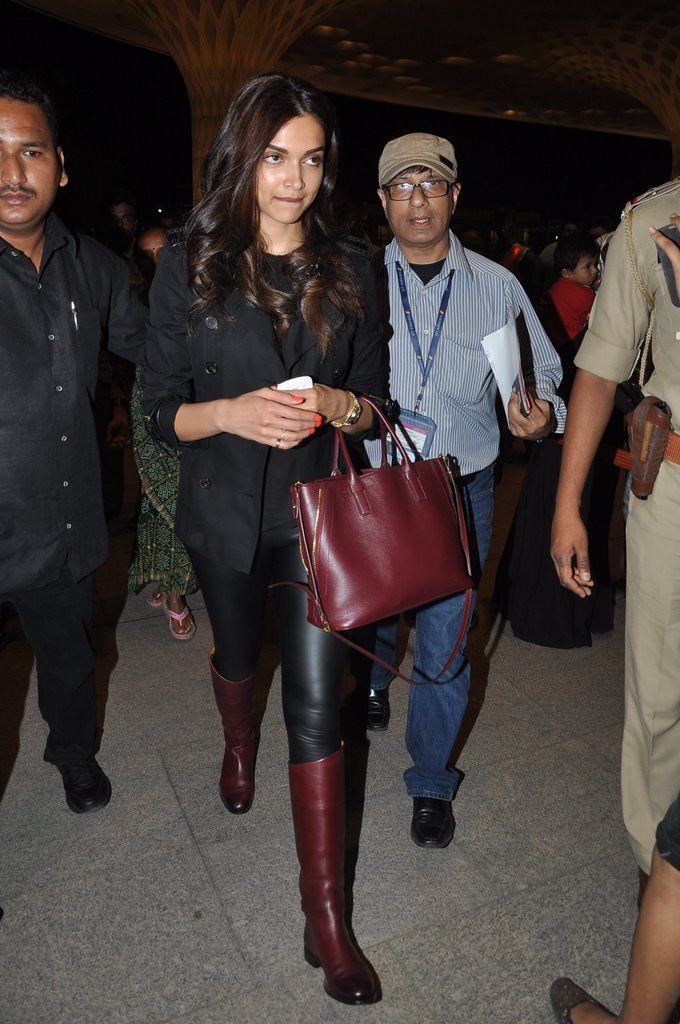 Happy New Year team all set for SLAM tour in the US.

The ‘Happy New Year’ team left for the US to kick off the ‘SLAM’ tour. The cast and crew of the movie were snapped at the Mumbai International airport on September 16, 2014. The ‘SLAM’ tour is a promotional tour in the US for ‘Happy New Year’ and has already generated a lot of excitement among audiences from India and abroad.

The tour is all set to begin on September 19, 2014 in Houston and will be traveling through Washington DC, Chicago, San Jose, New Jersey and Vancouver.