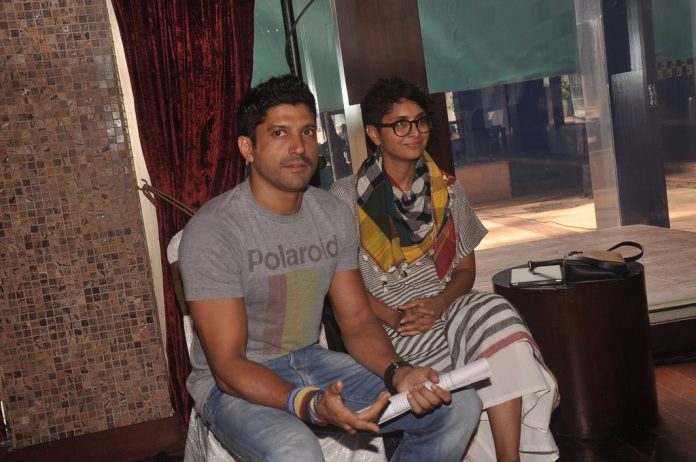 Celebrities from Bollywood attended the launch of the 16th Mumbai Film Festival in Mumbai on September 17, 2014. Filmmakers Farhan Akhtar and Kiran Rao attended the opening press meet of the festival.

Farhan was seen sporting a casual look with a t-shirt and jeans, while Kiran looked chic in a kaftan with a colorful scarf. The 16th Mumbai Film Festival will be a week long affair which will begin from October 14 to October 21, 2014. The festival is organised by Mumbai Academy of Moving Image and will have around 185 films being screened from 65 nations.

At the event, it was announced that The Lifetime Achievement award will be given to Helen and French actress Catherine Deneuve for the outstanding contribution in the field of cinema.