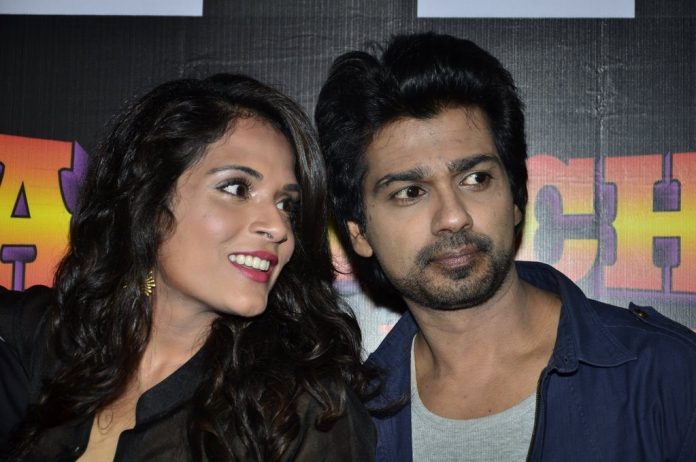 Bollywood actress Richa Chadda and Nikhil Dwivedi launched the song ‘In Da Club’ from their upcoming movie ‘Tamanchey’ in Mumbai on September 17, 2014. Richa wore a little golden and black skirt with a see-through black shirt.

Richa took on the movie ‘Tamachey’ after the success of the movie ‘Fukrey’ in which she played the role of Bholi Panjaban.

The movie also stars Nikhil who will be seen playing the role of Munna and is directed by Navneet Behal. It is produced by Suryaveer Singh Bhullar under the banner of Wild Elephants Motion Pictures. ‘Tamanchey’ is all set to hit the theaters on October 10, 2014.