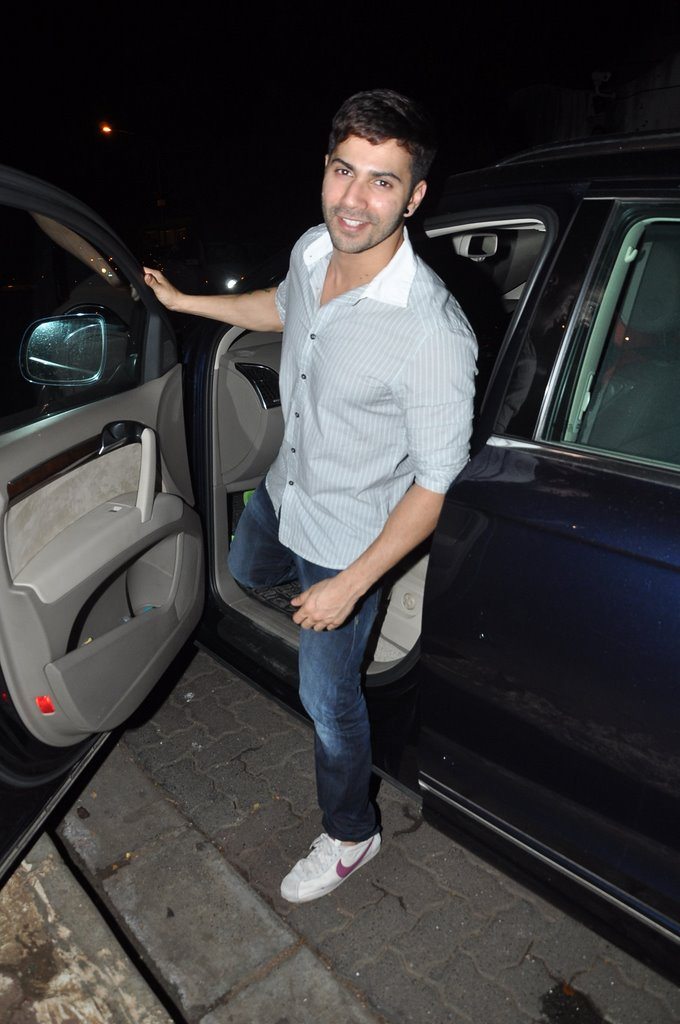 Bollywood actor Varun Dhawan hanging out with friends at Olive restaurant in Mumbai.

Bollywood actor Varun Dhawan was seen at Olive restaurant with his friends and childhood love Natasha Dalal, on September 17, 2014. Varun was at his casual best in a pair of jeans and a shirt.

The paparazzi tried their best to capture a few pictures of Natasha, she managed to shy away. Varun made his debut in Bollywood in the movie ‘Student Of The Year’ opposite Sidharth Malhotra and Alia Bhatt.

The actor is currently working on upcoming movies ‘Badlapur’ and ‘ABCD 2’. Before making his acting debut, Dhawan worked as an assistant director with Karan Johar in ‘My Name Is Khan’, which had Shahrukh Khan and Kajol in the lead.