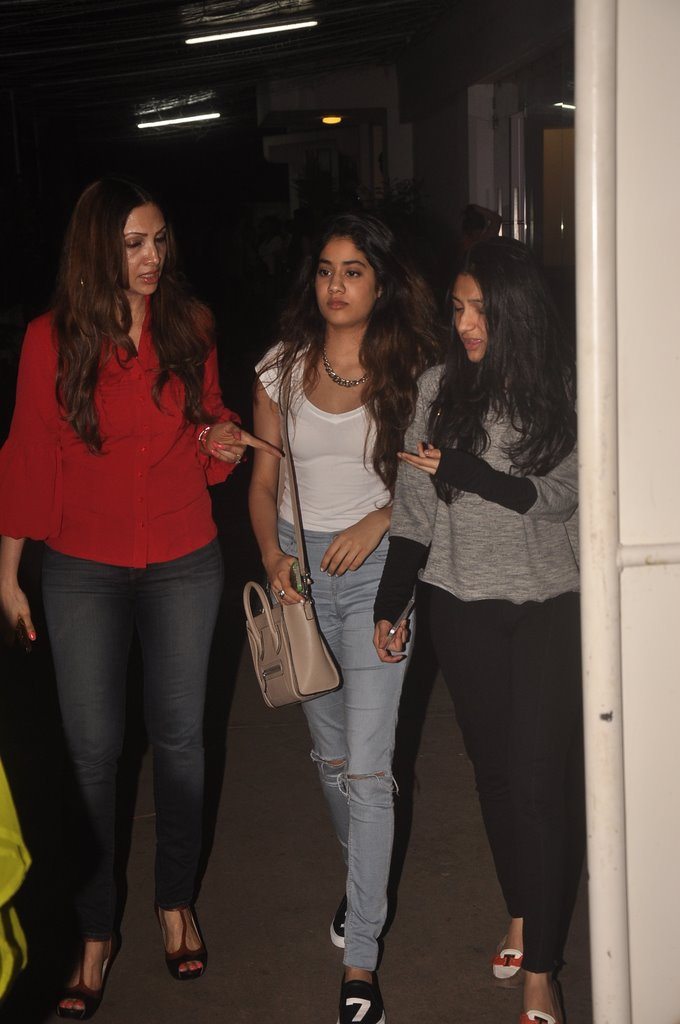 Sridevi’s daughter Jahnavi Kapoor and friends having  a fun time.

Upcoming Bollywood diva Jahnavi Kapoor and friends were seen leaving a restaurant on September 17, 2014. The star kid as usual looked chic in a pair of rugged jeans and a white top with a sling bag and open hair.

Reports say that Jahanvi is preparing for her Bollywood debut and will soon be seen on the silver screens. She is the elder daughter of Producer Boney Kapoor and veteran actress Sridevi.

Jahnavi these days is seen accompanying her mother Sridevi at various events. There are reports that she will be seen in a Telugu movie, but the reports were declined by parents Boney and Sridevi.