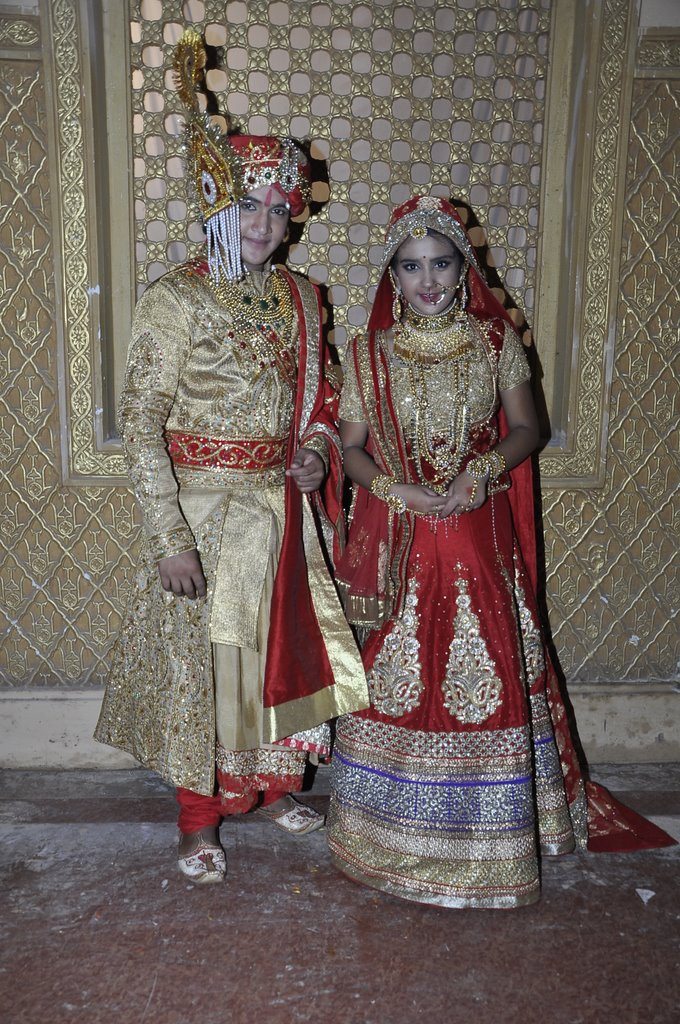 Makers of the famed TV Series ‘Maharana Pratap’ are gearing up for the much awaited wedding of Maharana Pratap with Ajabde. The cast entire crew shot for the wedding scene of the TV series at Filmcity on September 17, 2014.

Each and every cast member was seen dressed at their best with heavy jewellery and make up. Pratap played by Faisal Khan was seen on a horse as he arrived with the Baraatis, while Ajabde’s parents stood at the entrance to welcome the groom and his family.

The show ‘Maharana Pratap’ is based on the Hindu Rajput ruler of Mewar in the state of Rajasthan and is aired on Sony Entertainment television.