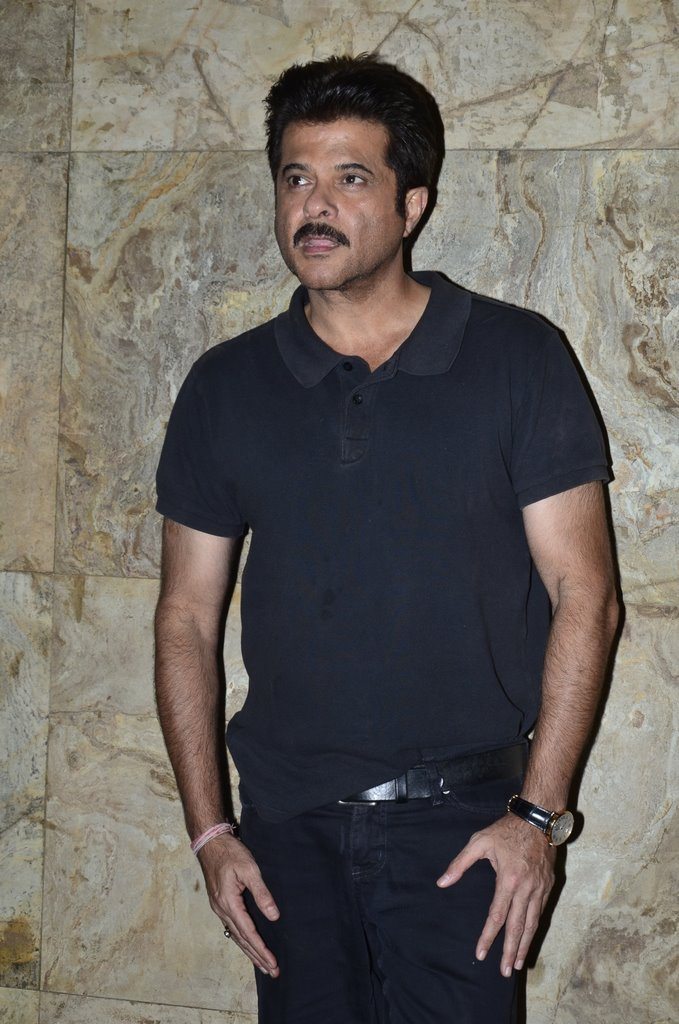 Ranveer Singh, Farhan Akhtar among those who attended the special screening of Khoobsurat.

Bollywood actor and producer Anil Kapoor hosted a special screening of the movie ‘Khoobsurat’ for his near and dear ones at Lightbox in Mumbai on September 18, 2014. The movie released today, September 19, 2014.

The special screening hosted by Anil Kapoor was attended by Ranveer Singh, Riteish Sidhwani, Farhan Akhtar, Rakesh Omprakash Mehra, Abhishek Kapoor, Tisca Chopra, Chunkey Pandey and Mandira Bedi. At the screening, Anil kept it casual with a black t-shirt and jeans, while Ranveer Ranveer dared to stand out in a colourful outfit with funky specks.