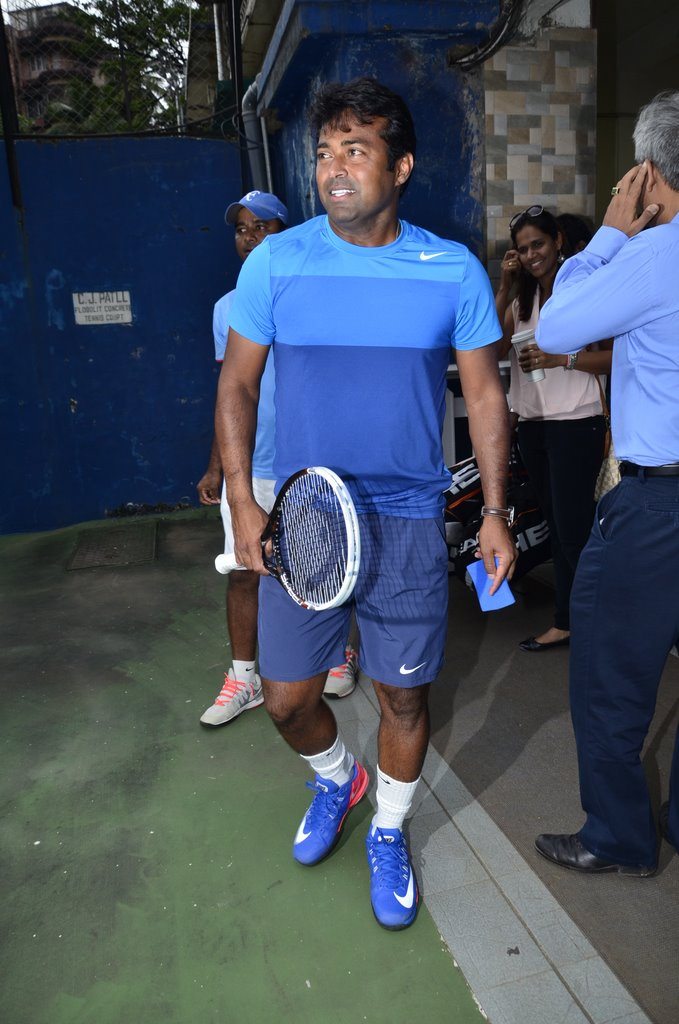 Ace Indian tennis player Leander Paes was seen giving training to young tennis players at Khar Gymkhana in Mumbai on September 18, 2014. The tennis star was giving guidelines to the young talent and was happy to see the effort that was put in by the youngsters.

The 41 year old player is still looking more Grand Slams and not thinking of retirement. He said he still has 3-4 years of tennis left in him. Currently, Paes is in the hunt for a new doubles partner since his partner Radek Stepanek is going to be out of action for about 2 months.

The player said that he is in discussion with the team and coach on what his approach should be like in the upcoming months.