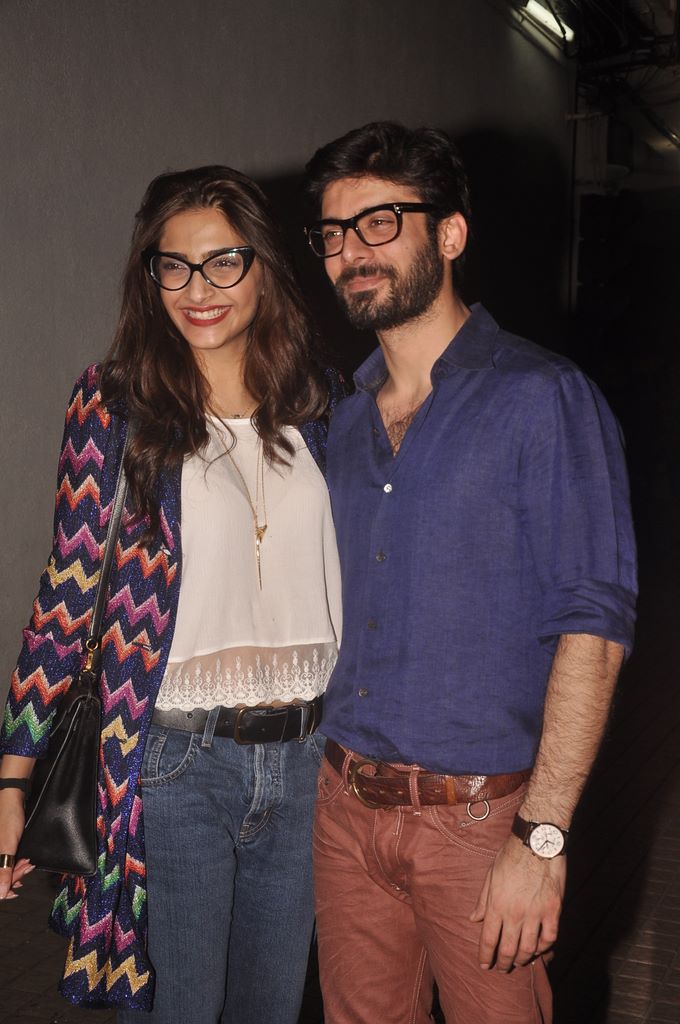 Producer Rhea Kapoor hosted a special screening of ‘Khoobsurat’ starring Sonam Kapoor and Fawad Khan at PVR on September 18, 2014. The screening was attended by the lead actors, as well as Sanjay Kapoor, Naseeruddin Shah, Ratna Pathak Shah and Ayushman Khurrana.

Sonam arrived in a jeans and a white top with a colorful jacket. The movie ‘Khoobsurat’ hit the theaters on September 19, 2014. It is the remake of the classic movie with the same name starring Rekha and Rakesh Roshan.

‘Khoobsurat’ also has a few inspirations from the Hollywood movie ‘Princess Diaries’ directed by Gary Marshall.