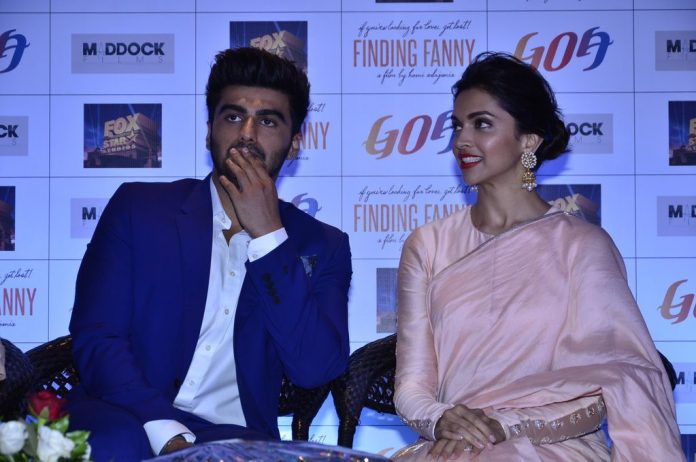 Makers of the movie ‘Finding Fanny’ get a taste of success at the box office as the Deepika Padukone and Arjun Kapoor starrer has already managed to impress the masses. The movie, which hit the theaters on September 12, 2014, has collected Rs 28.09 crore at the Indian box office.

‘Finding Fanny’ has Deepika and Arjun in the lead role along with Naseeruddin Shah, Dimple Kapadia and Pankaj Kapur. The Homi Adajania directed movie was made with a budget of Rs 37. crore. Homi is known for making ‘Cocktail’ with Saif Ali Khan and Deepika Padukone. The makers of the movie released ‘Finding Fanny’ in both English and Hindi’.

After release on the big screen, it has received positive reviews from the audience, as well as the critics. Besides ‘Finding Fanny’, Bipasha Basu starrer ‘Creature 3D’ was also released on the same day, but the Deepika and Arjun starrer flick scored better. The makers released the movie across 900 screens and has got higher openings compared to ‘Queen’ and ‘Mardaani’.

However, the scores are lower than Priyanka Chopra’s ‘Mary Kom’, which is a biopic about an Indian boxer and her struggle to learn the male dominated sport.