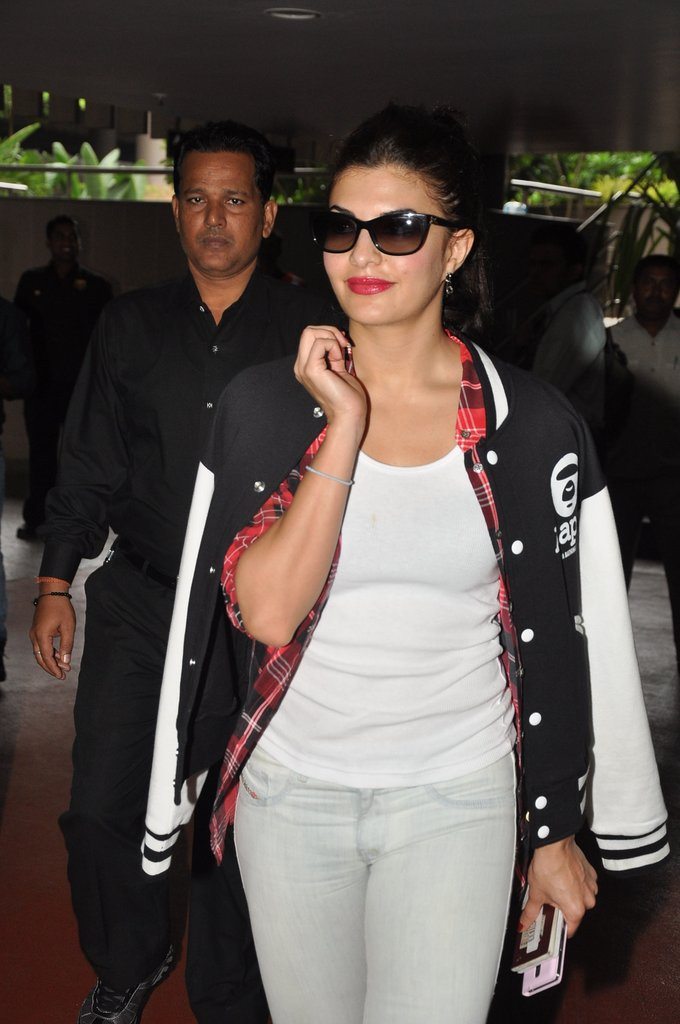 Bollywood actress Jacqueline Fernandez will be playing a double role in the upcoming movie ‘Roy’ opposite Ranbir Kapoor. Photos clicked on the sets of the movie have revealed her look in the movie.

This is the first time in her career that the ‘Kick’ actress will be playing a double role. The two characters that Jacqueline is playing will be romancing Arjun Rampal and Ranbir Kapoor.

Her new hairstyle looks unkept and rough. Jacqueline was last seen in the movie ‘Kick’ opposite Salman Khan. The movie hit the theatres on July 25, 2014. The actress started off in Bollywood with the movie ‘Aladin’ opposite actor Riteish Deshmukh. The Sri Lankan beauty was also seen in lead roles in movies like ‘Murder 2’ and ‘Race 2’. Apart from ‘Roy’, the actress is also preparing for other projects like ‘Bangistan’ and ‘According to Mathew’.