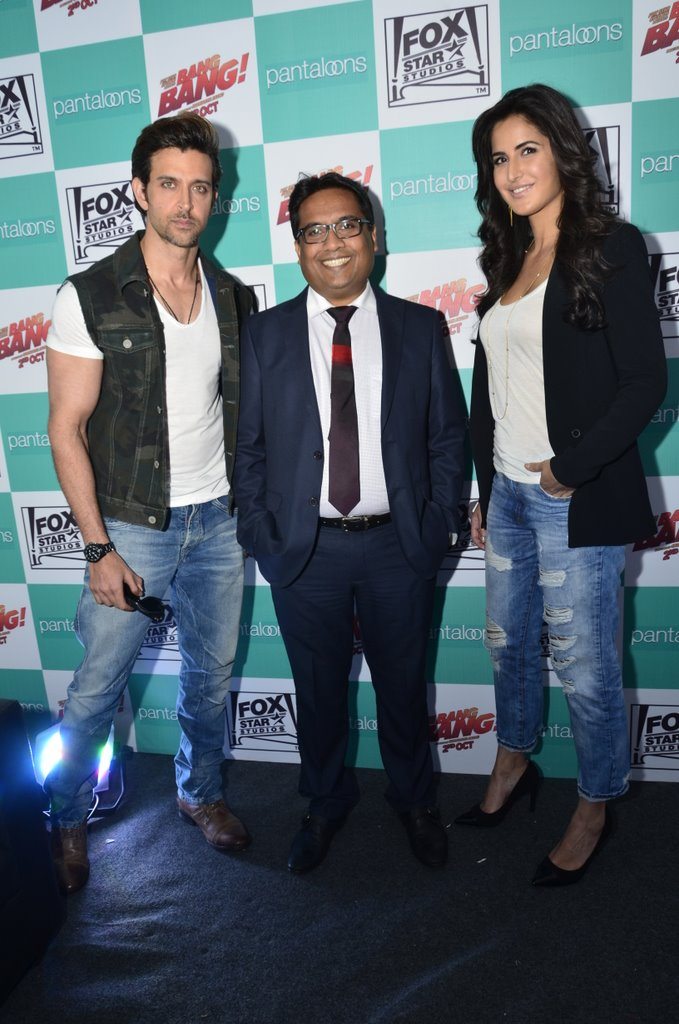 Bollywood actors Hrithik Roshan and Katrina Kaif have geared up for the promotions of their upcoming movie ‘Bang Bang’, which is an official remake of the Hollywood movie ‘Knight and Day’. Katrina and Hrithik promoted the movie at a Pantaloons store in Mumbai on September 20, 2014.

The two actors were wearing matching clothes and launched the latest collection from Pantaloons. Hrithik and Katrina were seen wearing blue jeans, t-shirt and black jacket. At the event, the pair walked the ramp and kept the audience engaged in a conversation.

The original Hollywood movie had Tom Cruise and Angelina Jolie in lead roles. ‘Bang Bang’ will be released in some of the regional languages like Tamil, Malayalam and Telugu. The movie is all set to hit the theaters on October 2, 2014. Apart from Hrithik and Katrina, the movie also has Danny Denzongpa, Jaaved Jafrey, Jimmy Shergill, Pawan Malhotra and Parth Akerkar.