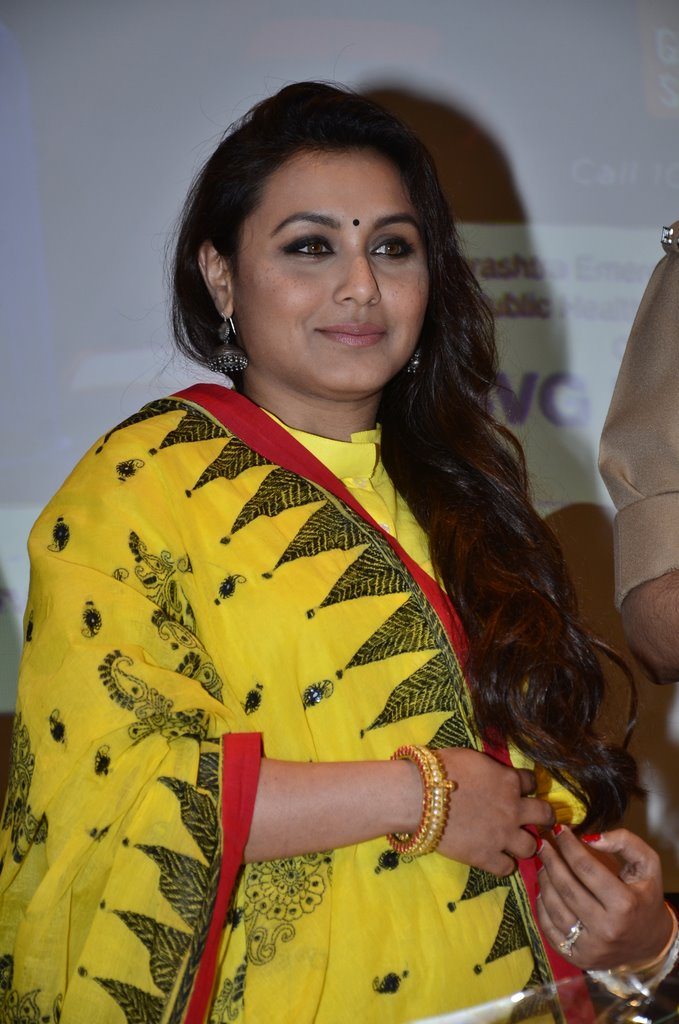 Bollywood actress Rani Mukerji attended a public awareness event organised by the Mumbai Police in Mumbai on September 20, 2014. The ‘Black’ actress looked ravishing in a yellow sari. Also present at the event was the Commissioner of Police, Rakesh Maria.

Rani is currently enjoying the success of her movie ‘Mardaani’ in which she plays the role of a cop with the Mumbai Crime Branch.