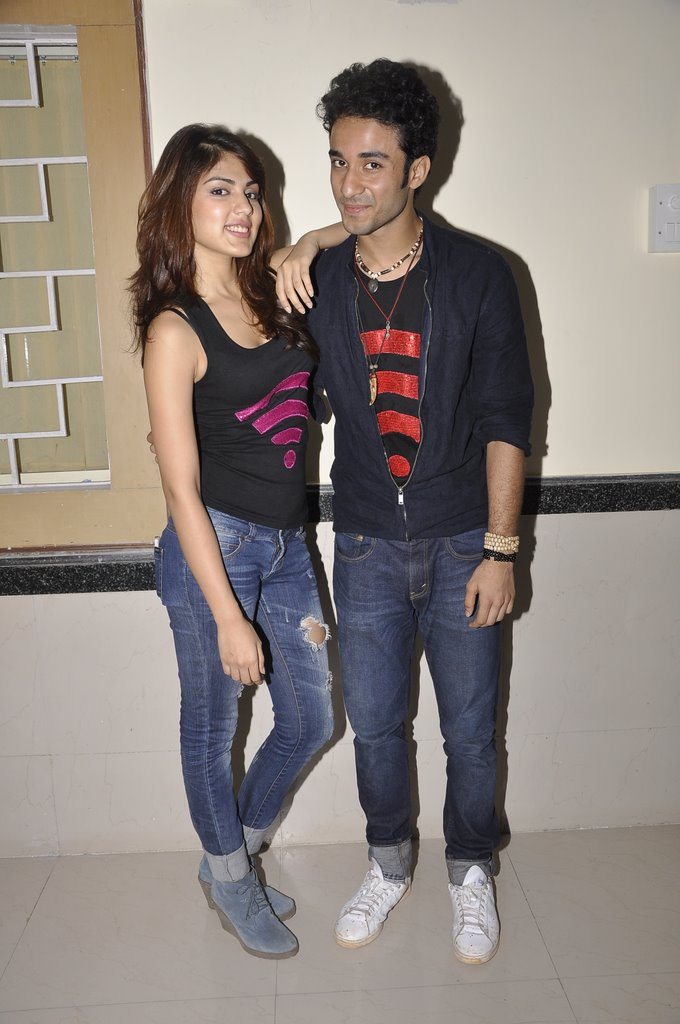 Bollywood actors Rhea Chakraborthy and Raghav Juyal promoted the upcoming movie ‘Sonali Cable’ at Sydenham College in Mumbai on September 20, 2014. Rhea appeared in jeans and a black top while Raghav too looked trendy in jeans, black t-shirt and jacket.

Sonali Cable is an upcoming movie directed by Charudutt Acharya and is produced by Ramesh Sippy and Kamia Mulhotra. The story of the movie is about the cable internet war in the city of Mumbai.

Rhea plays the role of a girl who puts her love life and survival at stake when she and her group of ‘internet boys’ prepare for an expansion plan. The movie is all set to hit the theaters on October 10, 2014.