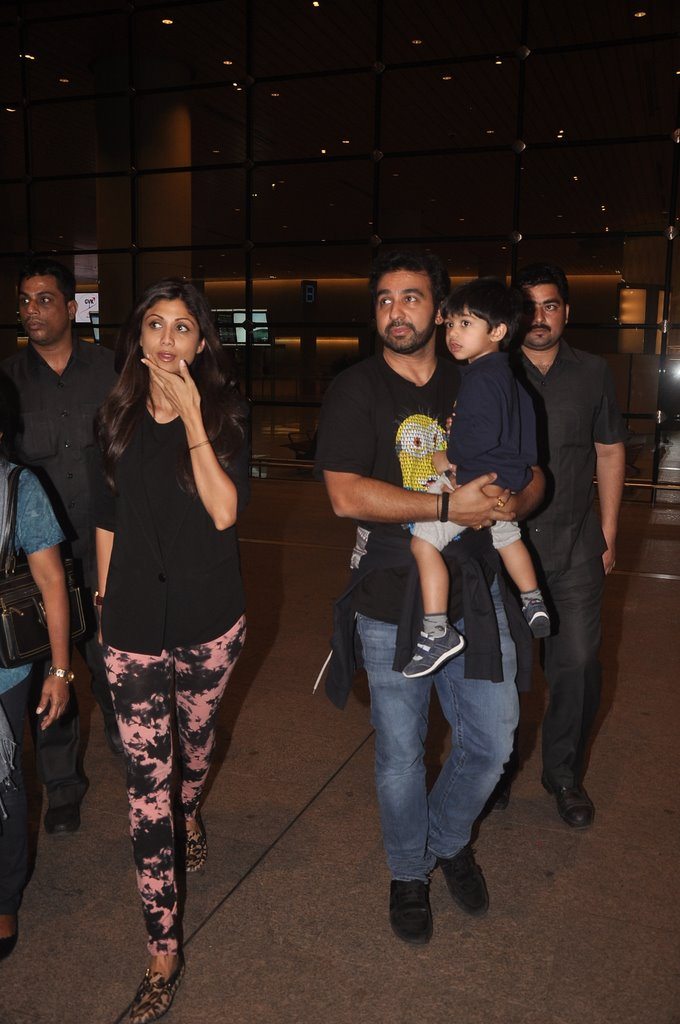 Bollywood actress Shilpa Shetty seemed to be returning from a family vacation, the ‘Dostana’ siren was along with husband Raj Kundra and son Viaan Raj Kundra at the International Airport, Mumbai on September 20, 2014. Little Viaan seemed all grown up, while Shilpa looked her usual trendy-self in in  a black shirt and a printed jeggings.

In recent times, Shilpa and her business tycoon husband – Raj Kundra – have been investing in major projects and companies.

Shilpa and Raj produced the movie ‘Dishkiyaoon’ which had Harman Baweja and Ayesha Khanna in it, but did not do well at the domestic as well as international box office despite intense promotions.

The movie was shot in Europe and Mumbai and was released in October 2013.