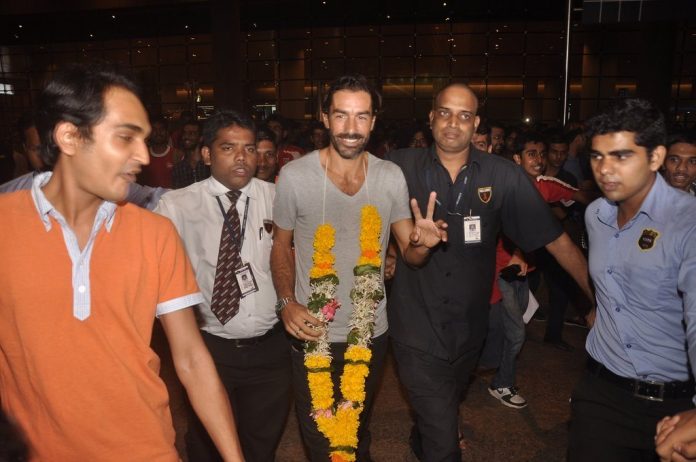 French footballer Robert Pires arrives in Mumbai, will play for Goa FC in the ISL.

French footballer Robert Pires arrived in Mumbai on September 22, 2014. The former Arsenal player is in Mumbai to announce his association with the Goa franchise based Indian Super League, which is all set to begin from October 12, 2014.

The French player moved to the Spanish club Villareal in 2008 and returned to the EPL for a short stint with Aston Villa. The player has been signed by the Goa FC franchisee. Pires’s wife Jessica seems to be excited about husband’s Indian venture and showed her support recently when she posted a picture on Instagram of herself draped a sari.

Just before traveling to India, the couple were vacationing in the Caribbean.