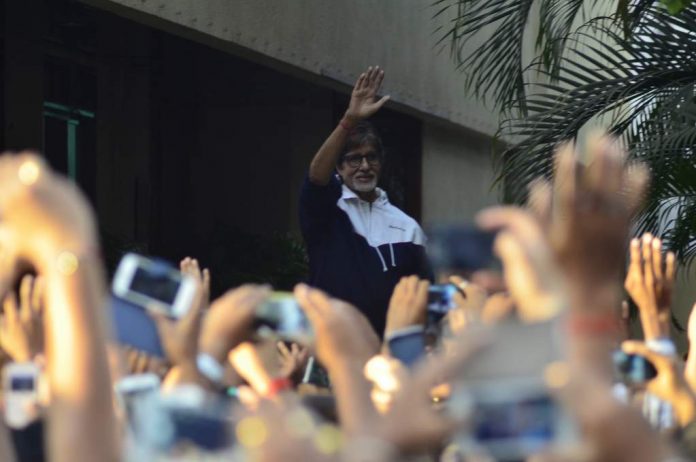 Shahenshah of Bollywood Amitabh Bachchan waves out to fans outside his Juhu residence.

Superstar Amitabh Bachchan has been the favourite of his fans for decades now. The actor waved out to fans outside his residence at Juhu in Mumbai on September 21, 2014.

The ‘Black’ actor is following this trend every Sunday where his fans gather outside his house and Big B waves out to them. The legendary star shot to fame during the early 70s with the movie ‘Deewar’ and ‘Zanjeer’. The actor is also considered as one of the most influential actors in the history of Indian cinema.

Amitabh is currently shooting for the latest season of the TV game show ‘Kaun Banega Crorepati’.